When I was a kid, I was constantly killing off my parents. Well, not killing them maybe, but definitely disappearing them in my mind. It’s not that they were terrible parents (they weren’t). It was just that I really wanted to be an orphan. I was a voracious reader and I loved books about orphans (The Secret Garden, The Little Princess, Jane Eyre, The Jungle Book). Something about coming from no family and finding the exact life you were meant to live (the common theme) was so appealing to a lonely only child like me.

Anyway, astute readers will notice and remember that orphan books were most often written by British authors. My early predilection for orphan tales morphed into a general love of English literature later in life. Which leaves the adult me with the strong feeling that I’ve spent hours having tea or whiskey in the comfy leather and walnut confines of an English gentlemen’s club.

The fact that I’m actually woman who grew up in the Bay Area in the 70s hasn’t disabused me of this feeling at all. I’m a white-haired British gentlemen at heart.

I wasn’t thinking about this at all yesterday when I decided to check out the new burger pod from off the grid in the financial district. I was walking the half mile to the burger pod and, just before I got there, I was confronted by the Wayfare Tavern. 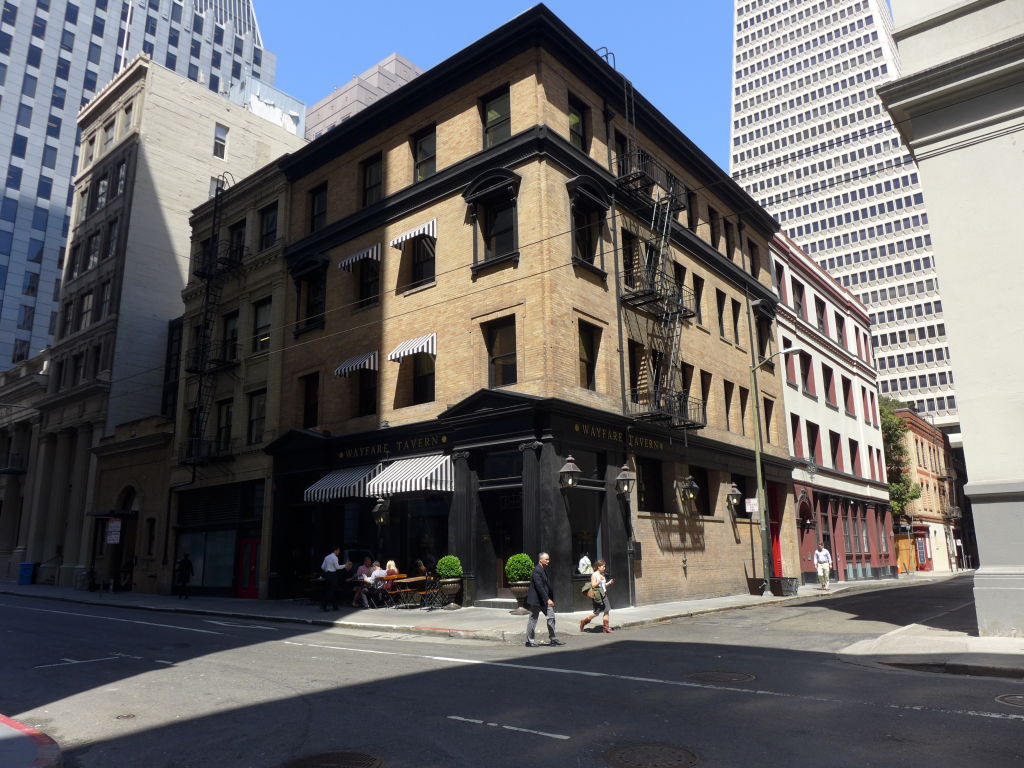 I had heard of the Wayfare Tavern, of course. My obsession requires that I review “Best Burger in the Bay” lists all the time in search of my perfect burger experience, and this restaurant’s burger quite often makes those lists. But what really drew me was the charm of the building and its grand manner. So I went in. 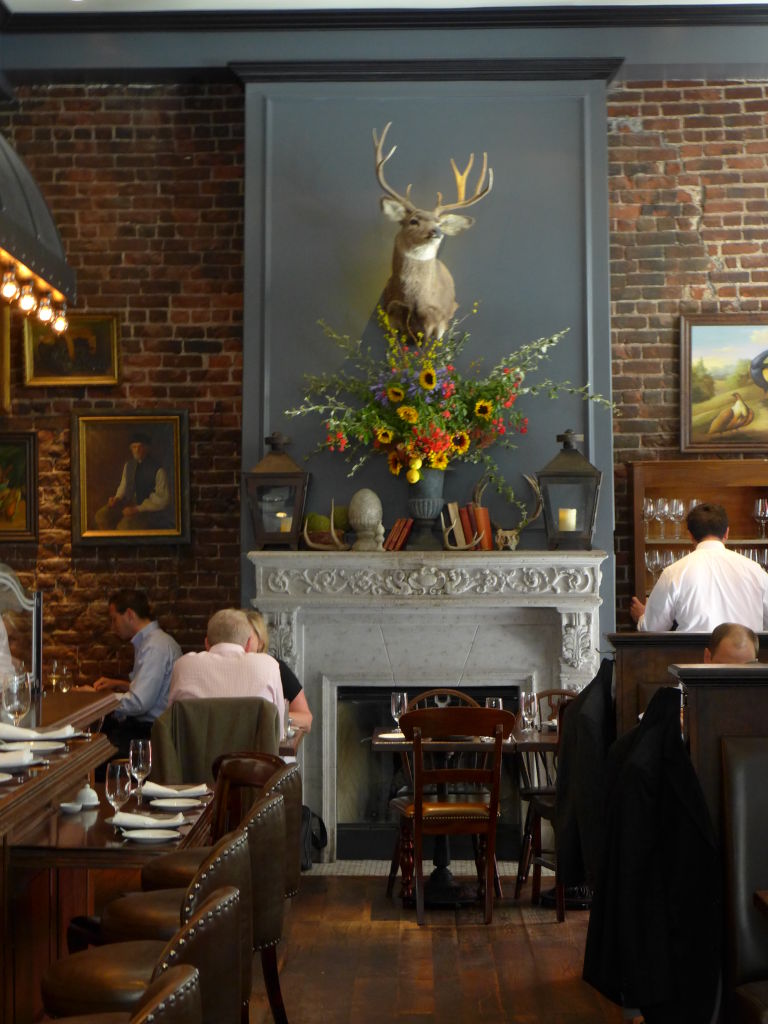 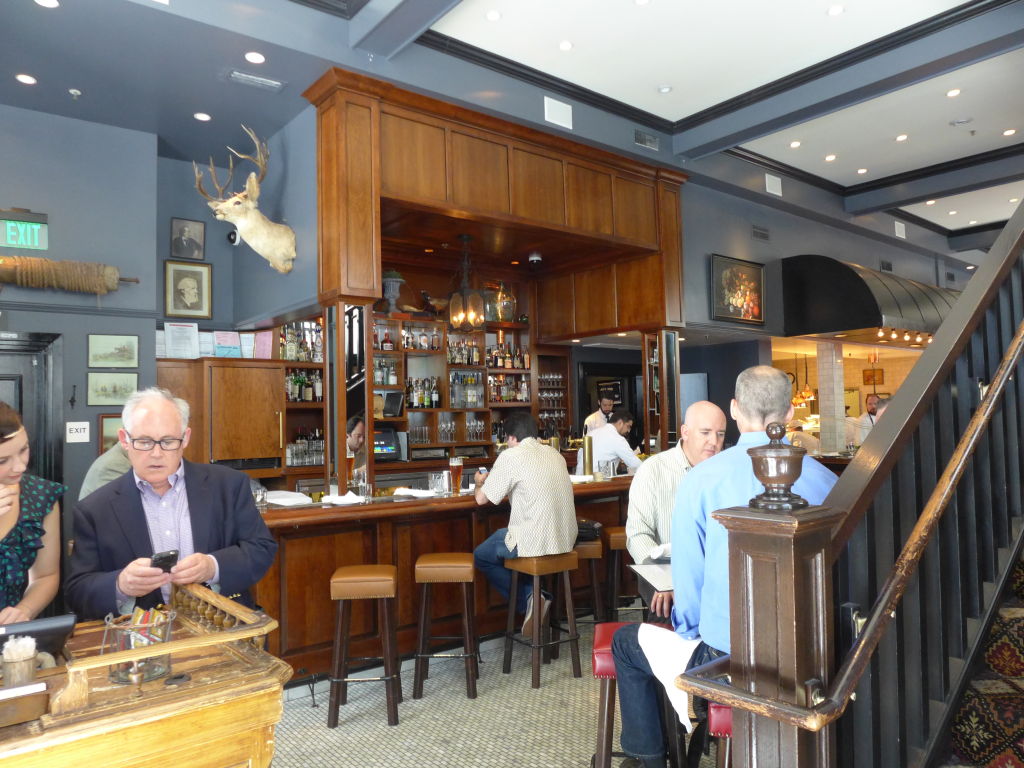 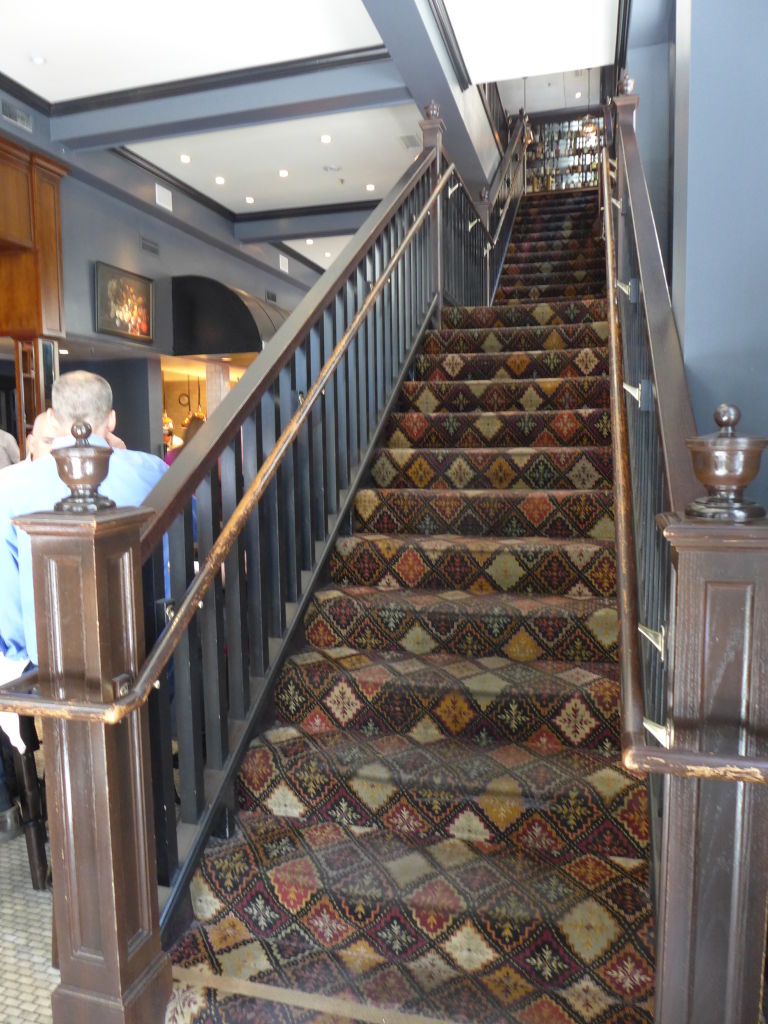 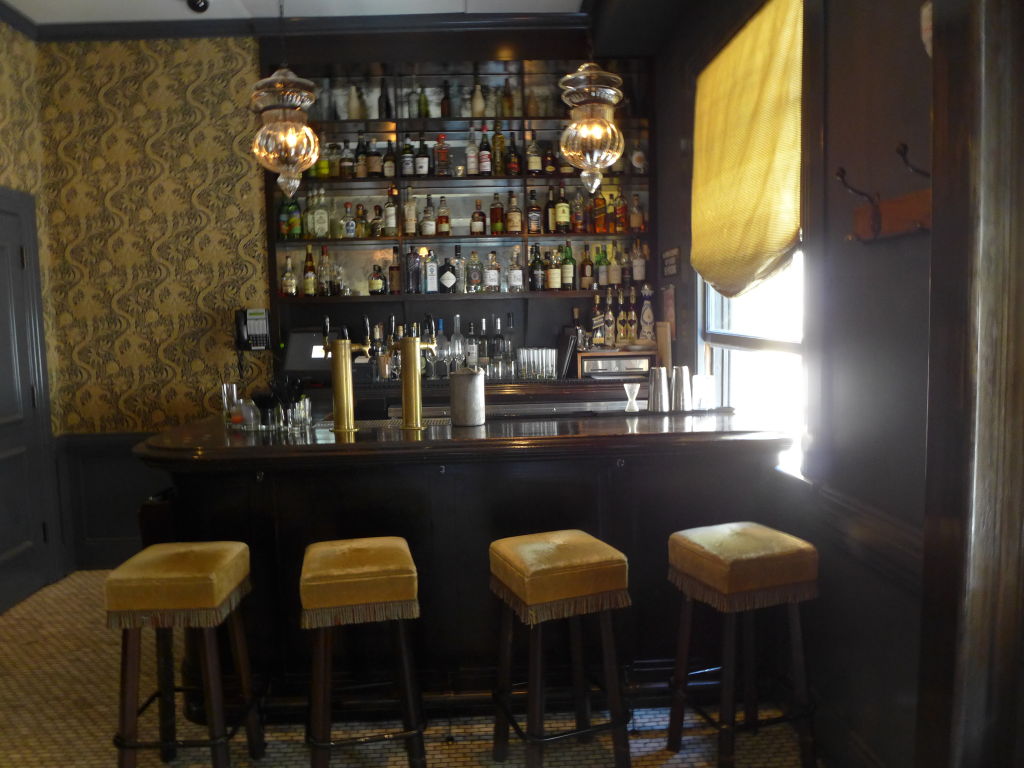 I felt immediately enveloped by its stateliness. It had the slightly careworn shabby chic yet still elegant vibe of my imaginary gentlemen’s club. Even the hostess wore an anachronistic headband and outfit which added to the antiquated feel. I sat at the bar. I was pleasantly greeted by Chris, the excellent bartender. I ordered the burger (medium rare) and watched Chris fill the silver cups on the bar with homemade potato chips. Another server brought out a popover. Apparently I had stepped into England in 1850. 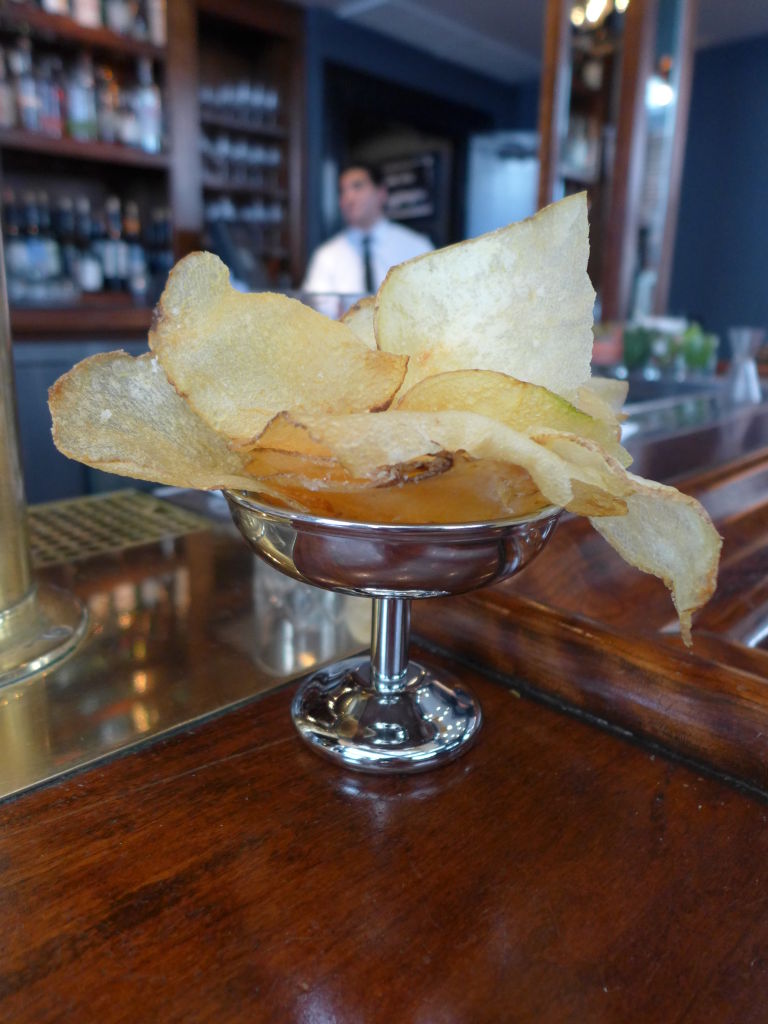 The burger came and was, in fact, perfectly cooked. So many restaurants get this wrong. The burger tasted as good as it looks. 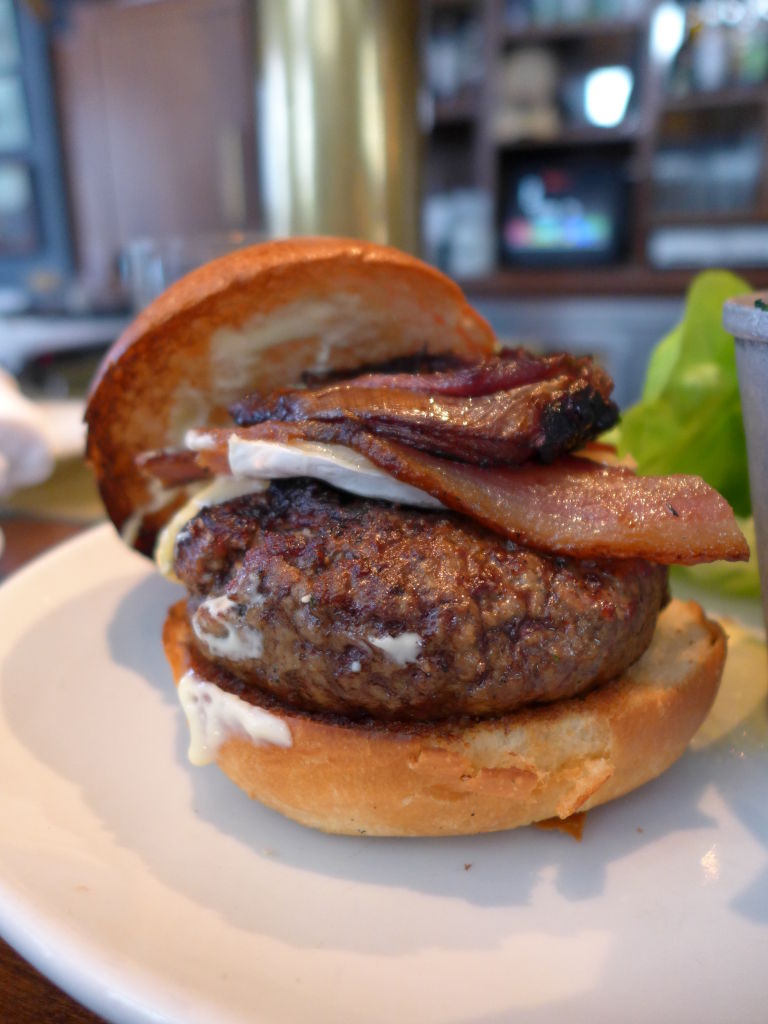 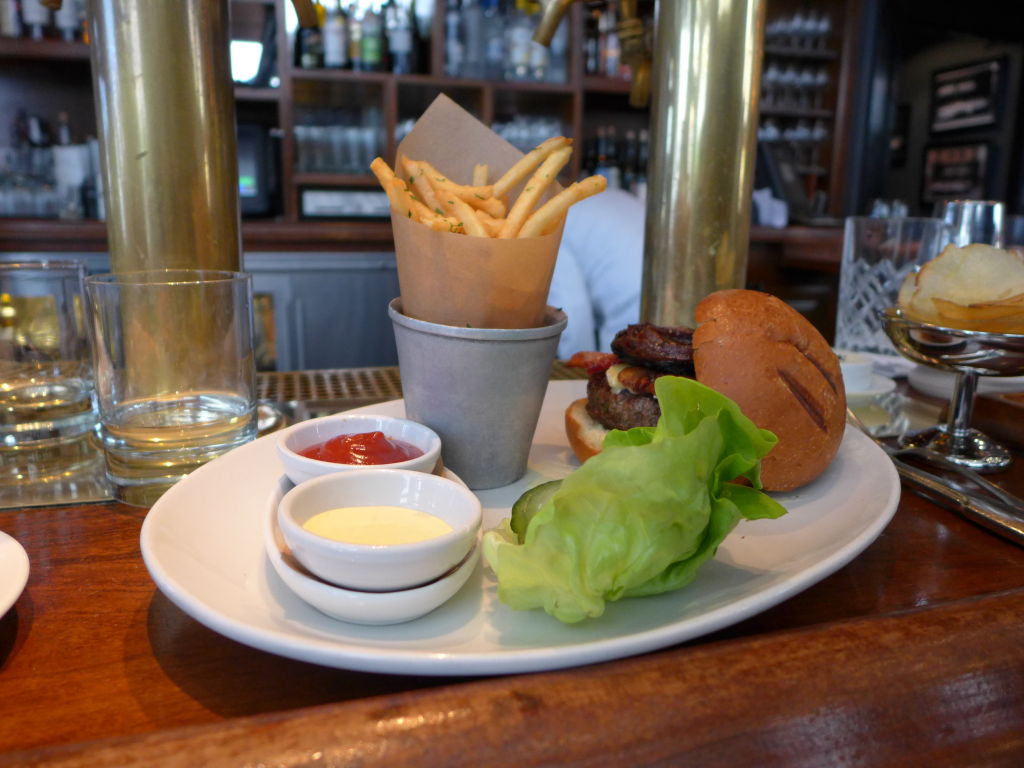 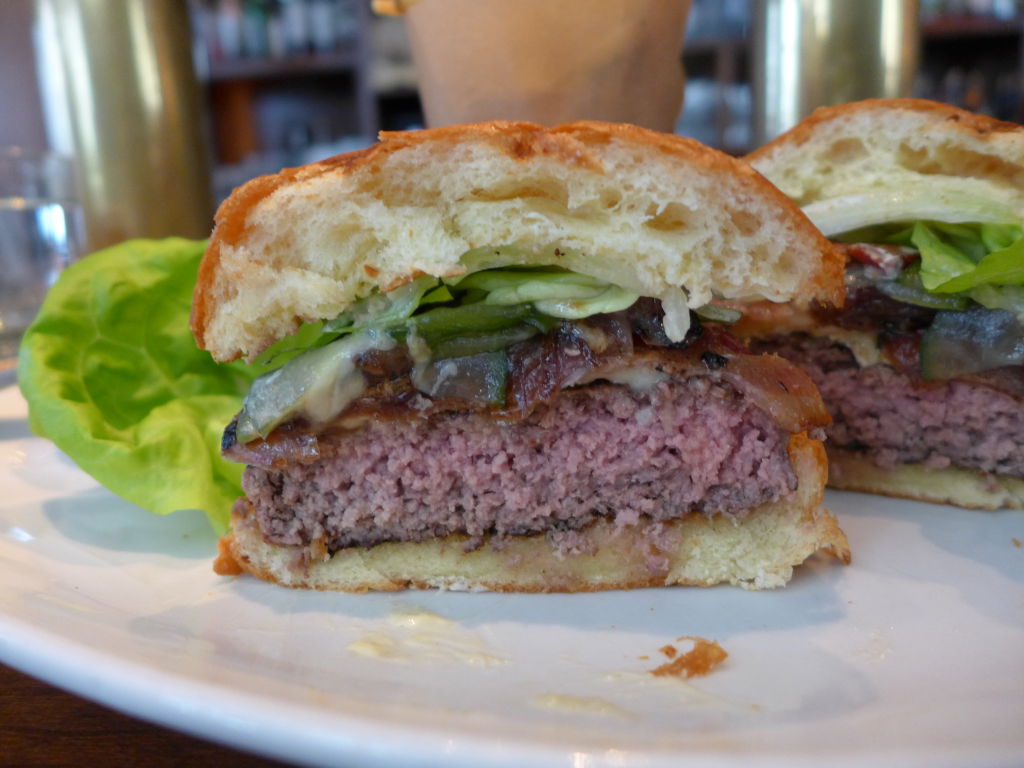 I was actually too full, the burger is quite large and, if you go, you should exercise restraint with the chips and the popover (which you must try with the great butter they serve) Chris was old school service trained and made me feel as if I had acquired peerage somehow on my walk from the office. I have a suspicion that he makes a very good cocktail. 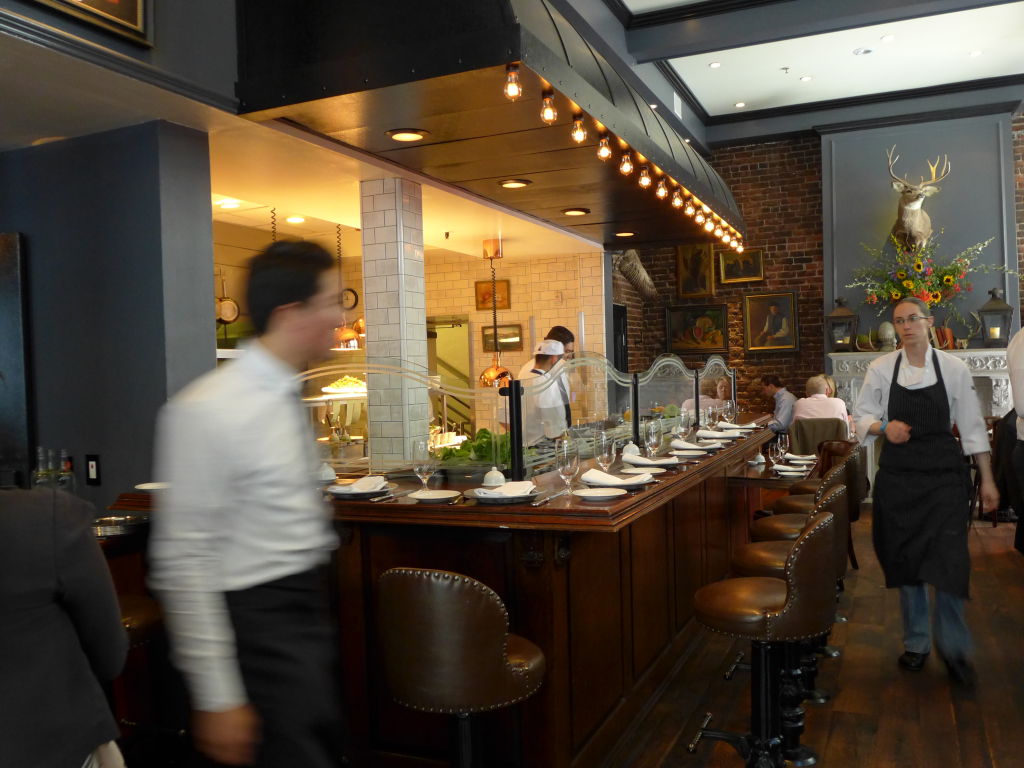 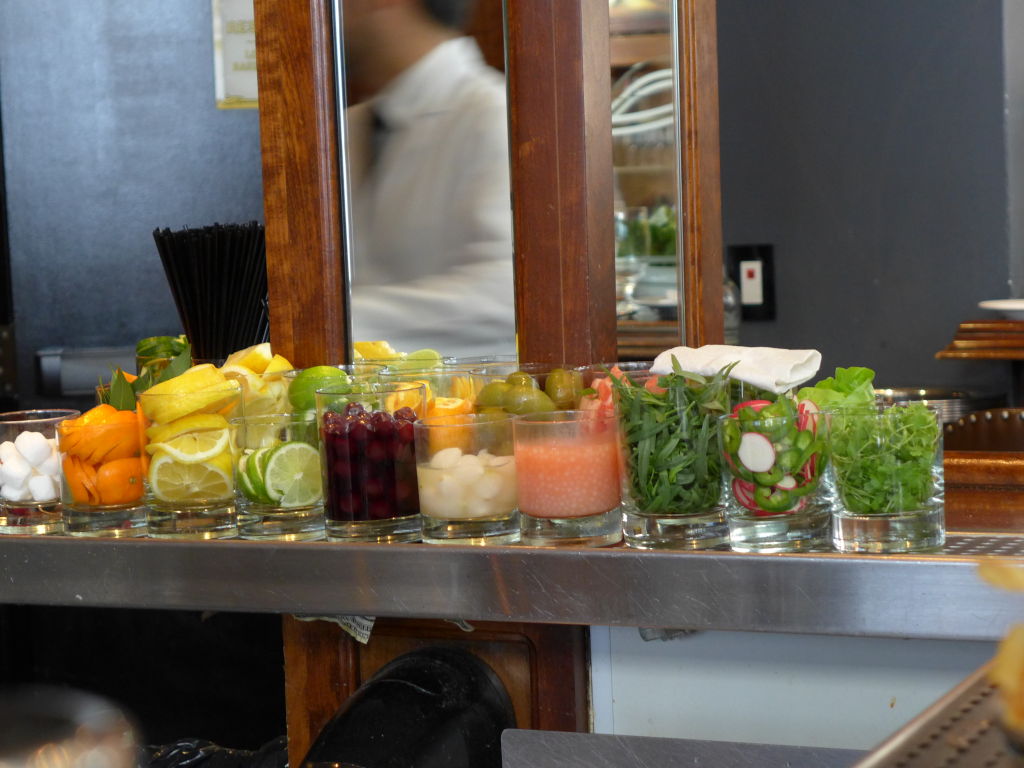 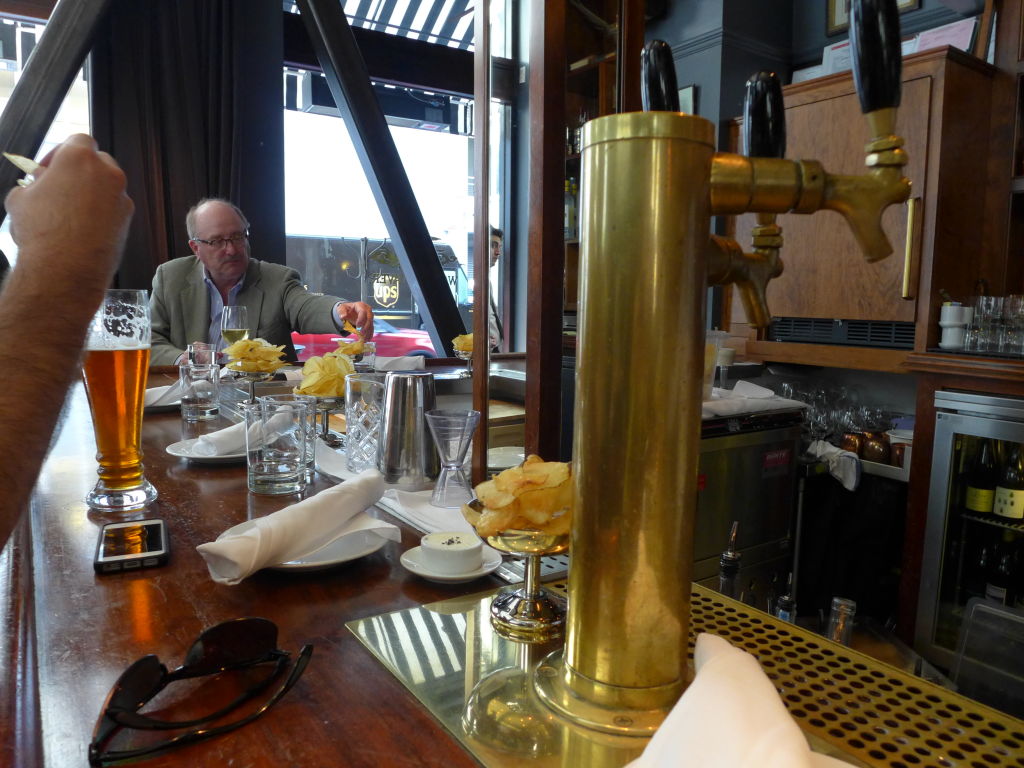 After my lunch I had an unusually difficult time tearing myself away. I kept envisioning a languid afternoon sipping red wine and eating popovers while discussing the foolishness on display in the House of Lords. I was taken aback at how much I was enjoying feeling that I was in the boys’ club and they couldn’t kick me out for the crime of my gender. I will definitely be back. After work next time.