Back in my day, no self respecting hoodlum would hang out in Albany.

We (kids who grew up in Berkeley and Oakland) thought there was no there there. The cops in Oakland let us drink Schlitz malt liquor and smoke on the steps of the elementary school (after school hours of course) as long as we weren’t bothering anyone. They had better things to do than hassle us. We respected them enough not to cause (too much) trouble. The relationship worked. So the only reason we’d brave the possibility of butting heads with the Small Town Police in Albany was to bowl at the old school Albany Bowl.

One thing was clear during those incursions behind enemy lines; the adults were drinking in Albany and El Cerrito and they were drinking at dives. The Ivy Room, The Mallard Club, the Hotsy Totsy and the Mel-o-dee all looked to our young eyes like places we hoped we wouldn’t end up spending too much time. We had standards, you know.

All good things come to an end and we eventually abandoned the school steps and “The Bull” in favor of jobs, college, and mixed drinks. In my twenties I appreciated dive bars the way most college age kids do. Eventually however, I became the mature Bon Vivant that I am today and left dive bars behind in favor of places where the drinks have more than two ingredients and the bartenders spend time on their hair.

So when I moved north to procreate (being priced out of my hometown by 25 year old techie millionaires) I viewed the night scene in Albany with a different kind of snobbery than my teenaged self. It was ten years before I darkened the doorway of the Hotsy Totsy.

The Hotsy Totsy is not what you think. 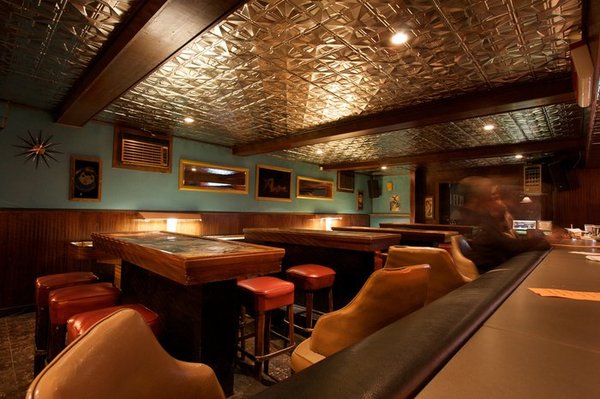 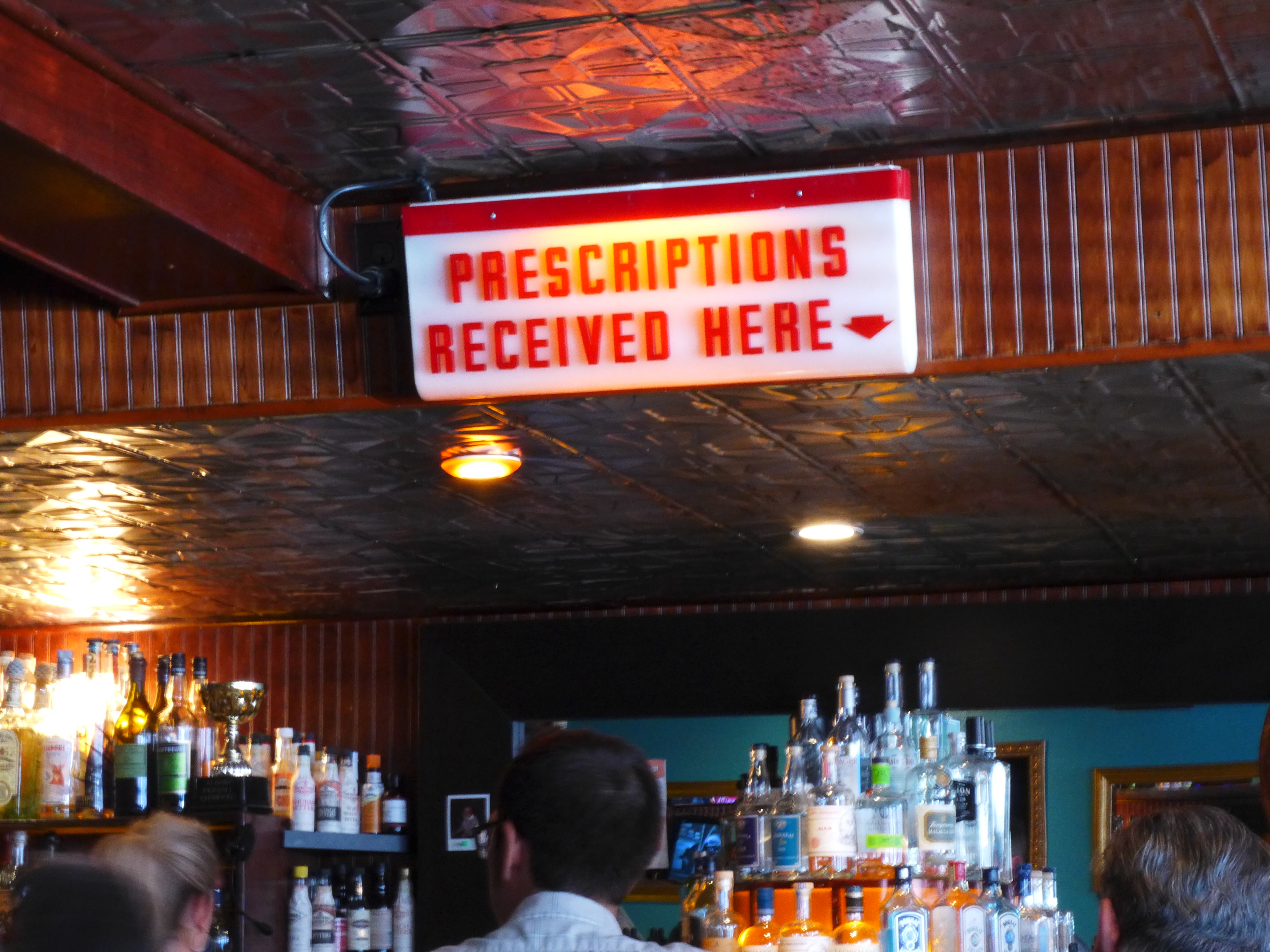 It’s been around since 1939 and was a serious dive bar for most of its life. But it was bought in 2009 by young visionaries who managed to keep the neighborhood kitsch elements but give the place a modern vibe. Most of the bartenders are women and they make excellent drinks that will put hair on your chest. You can almost always find a seat and will almost always make a new friend. The crowd is a great representation of East Bay denizens of all ages and is friendly and chill. 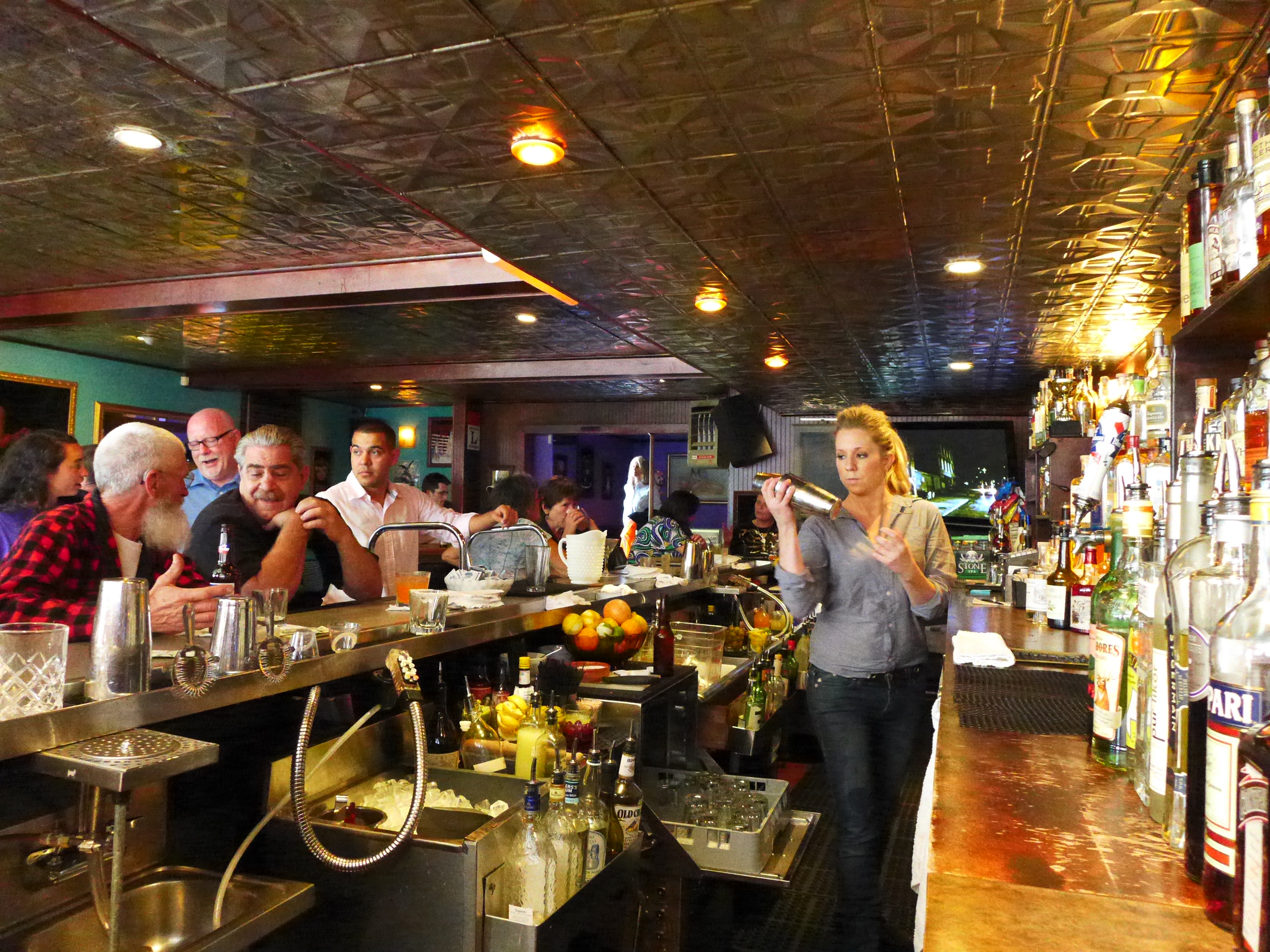 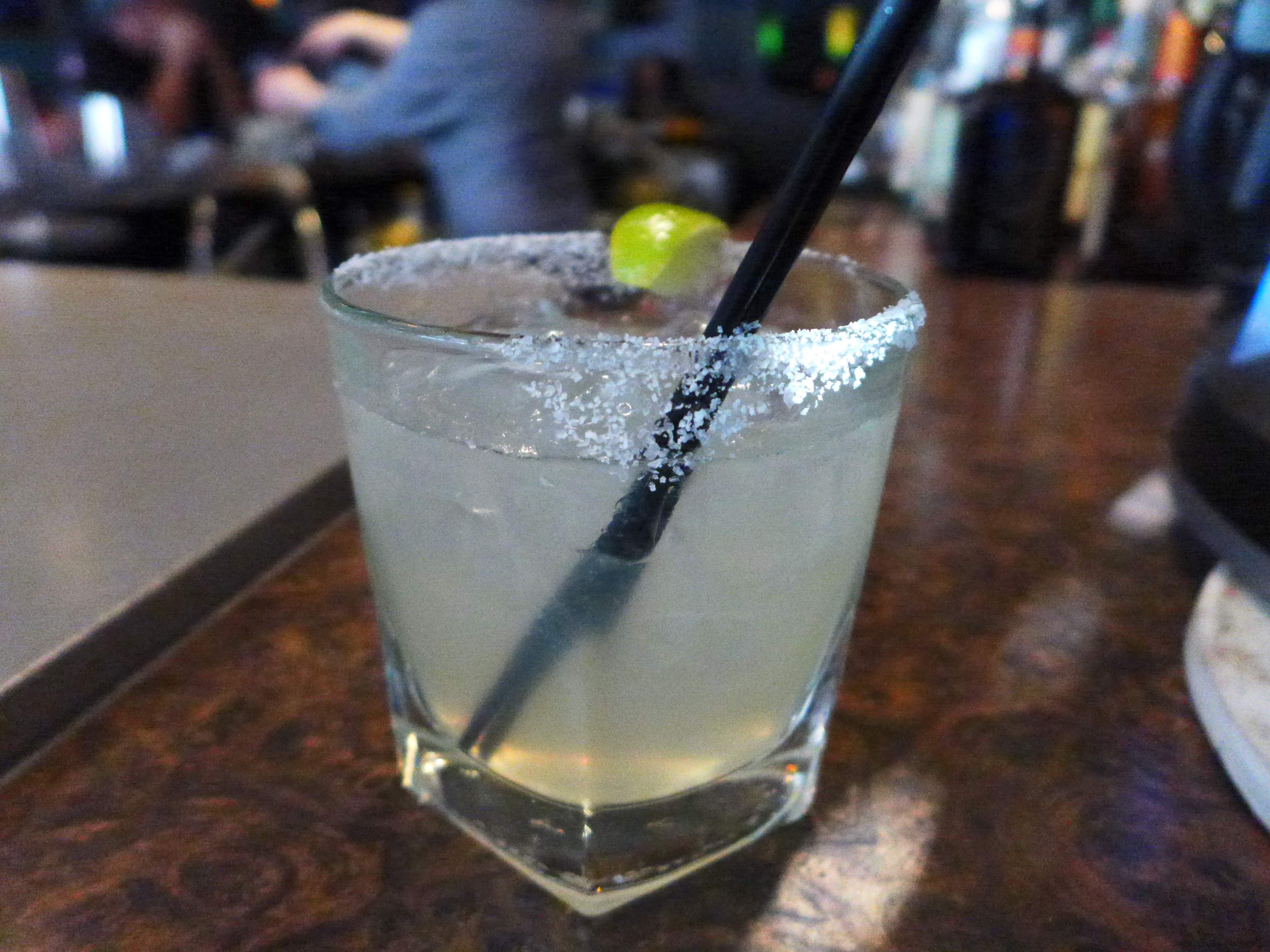 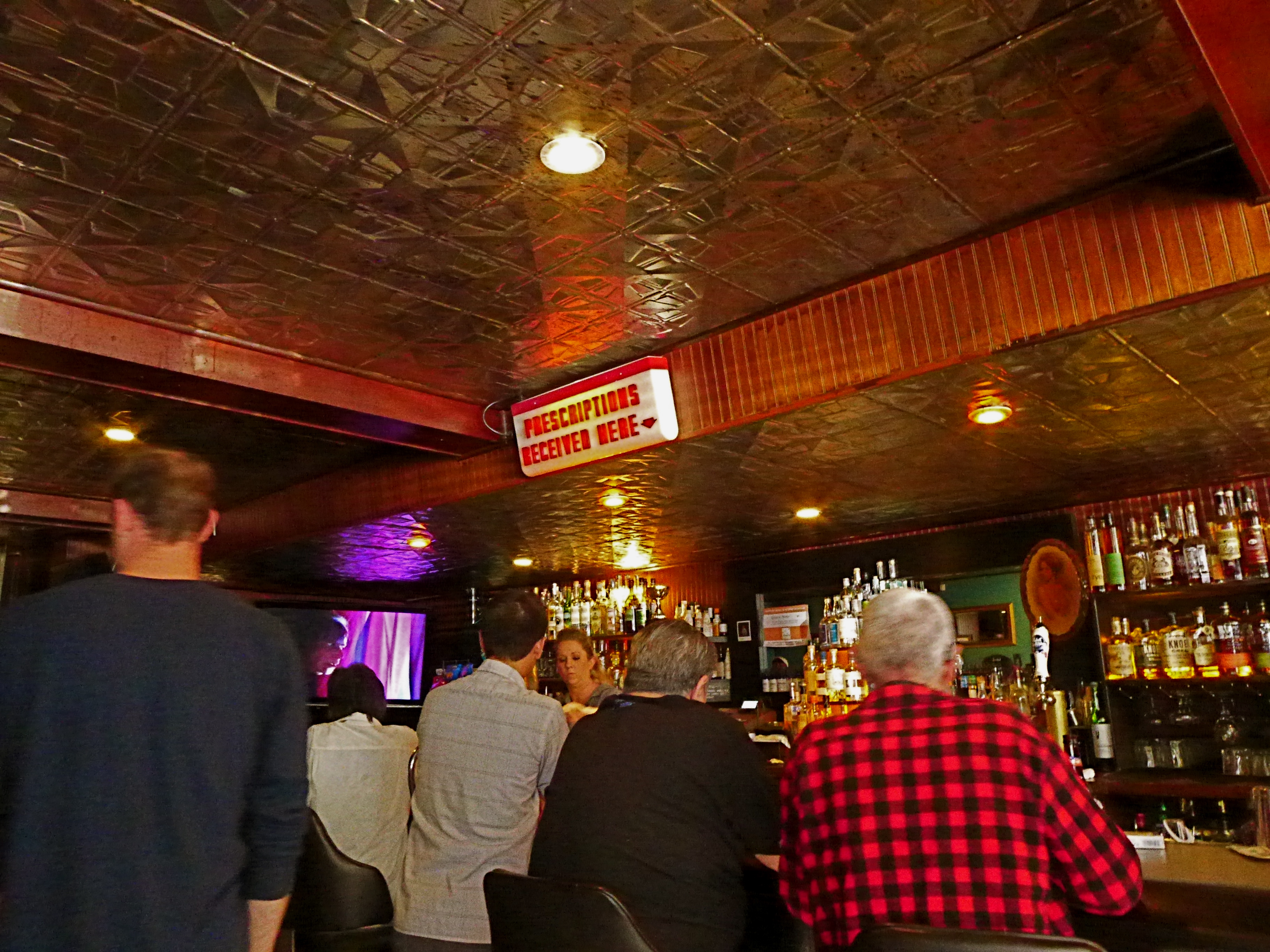 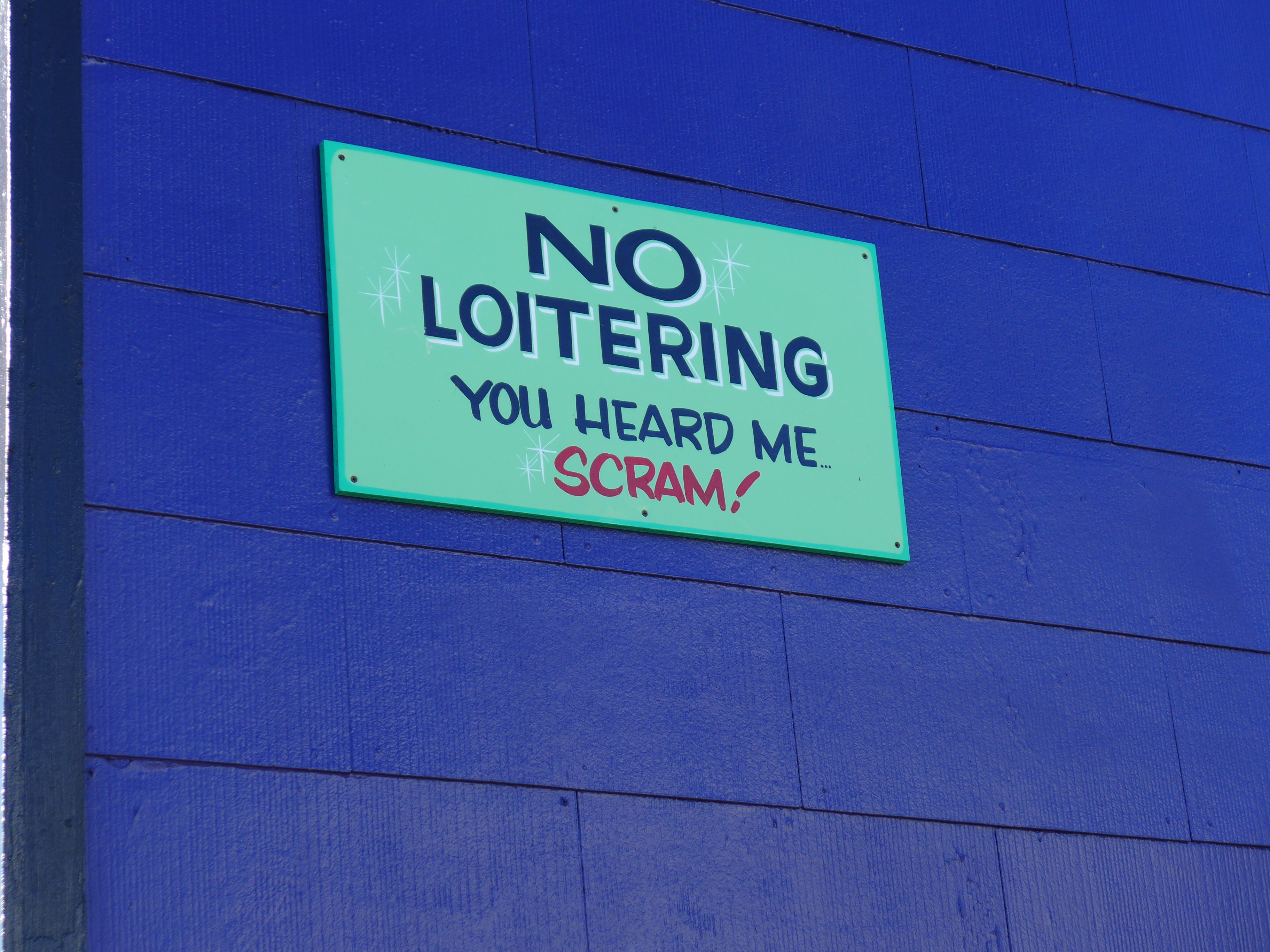 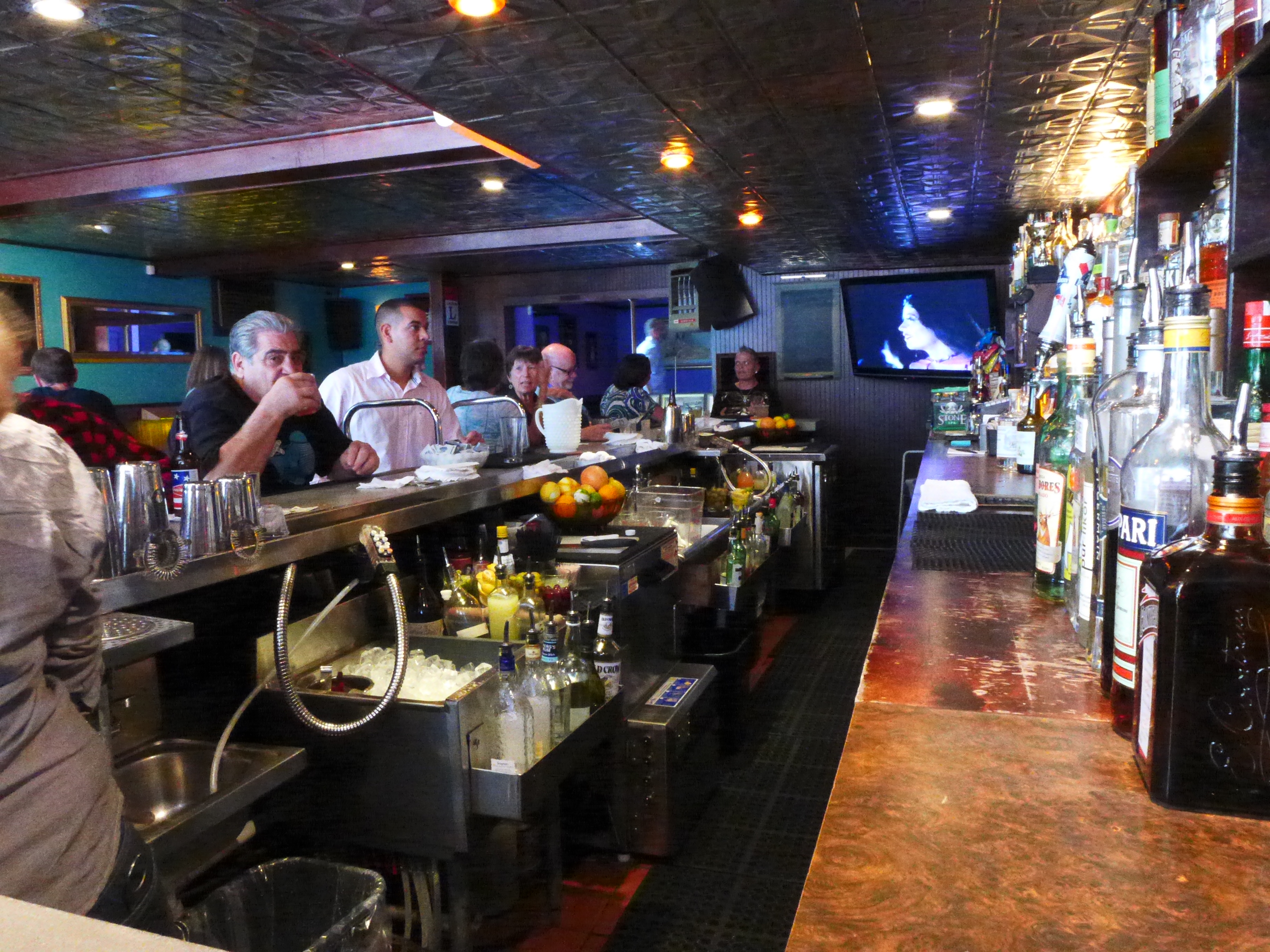 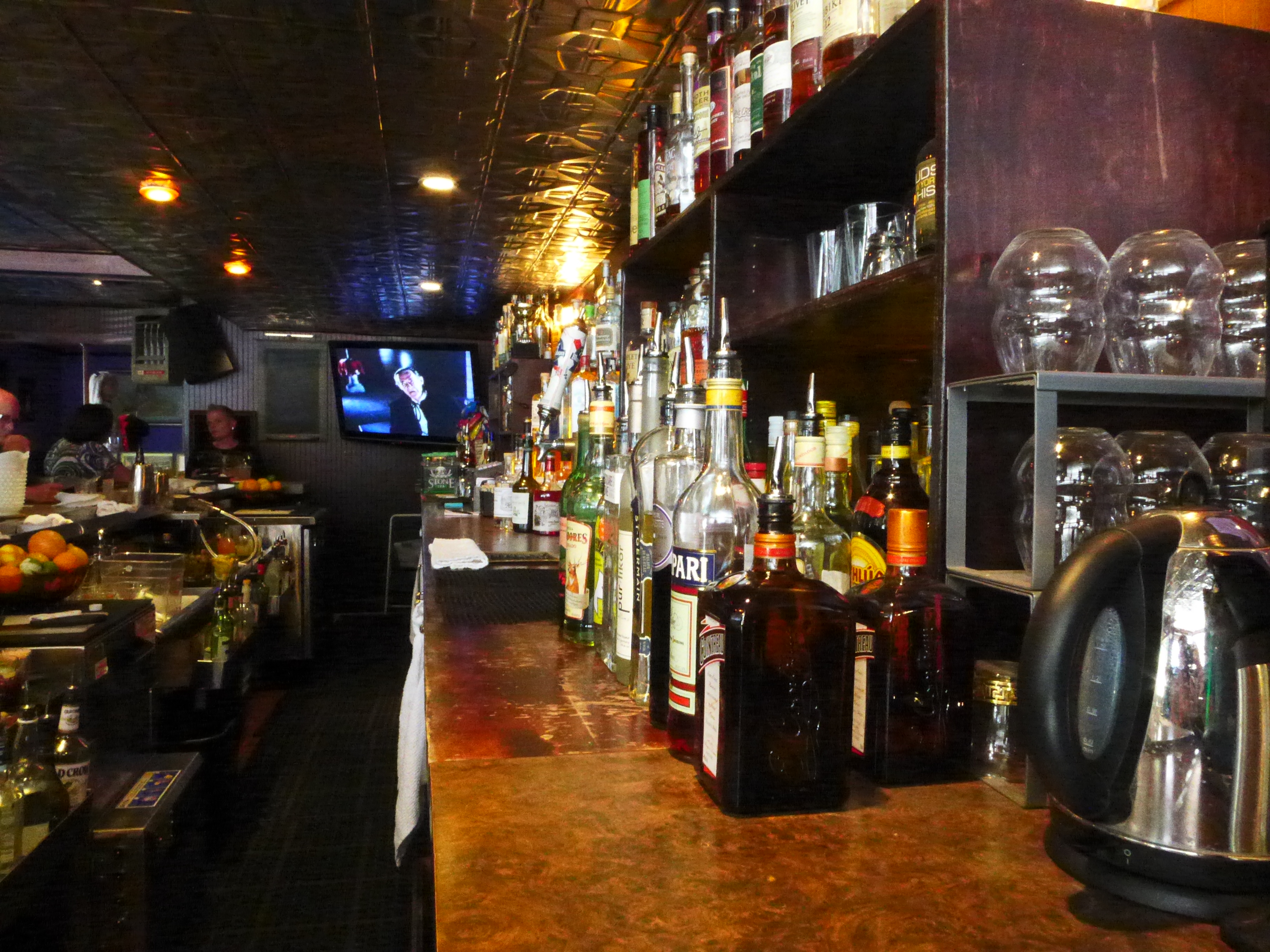 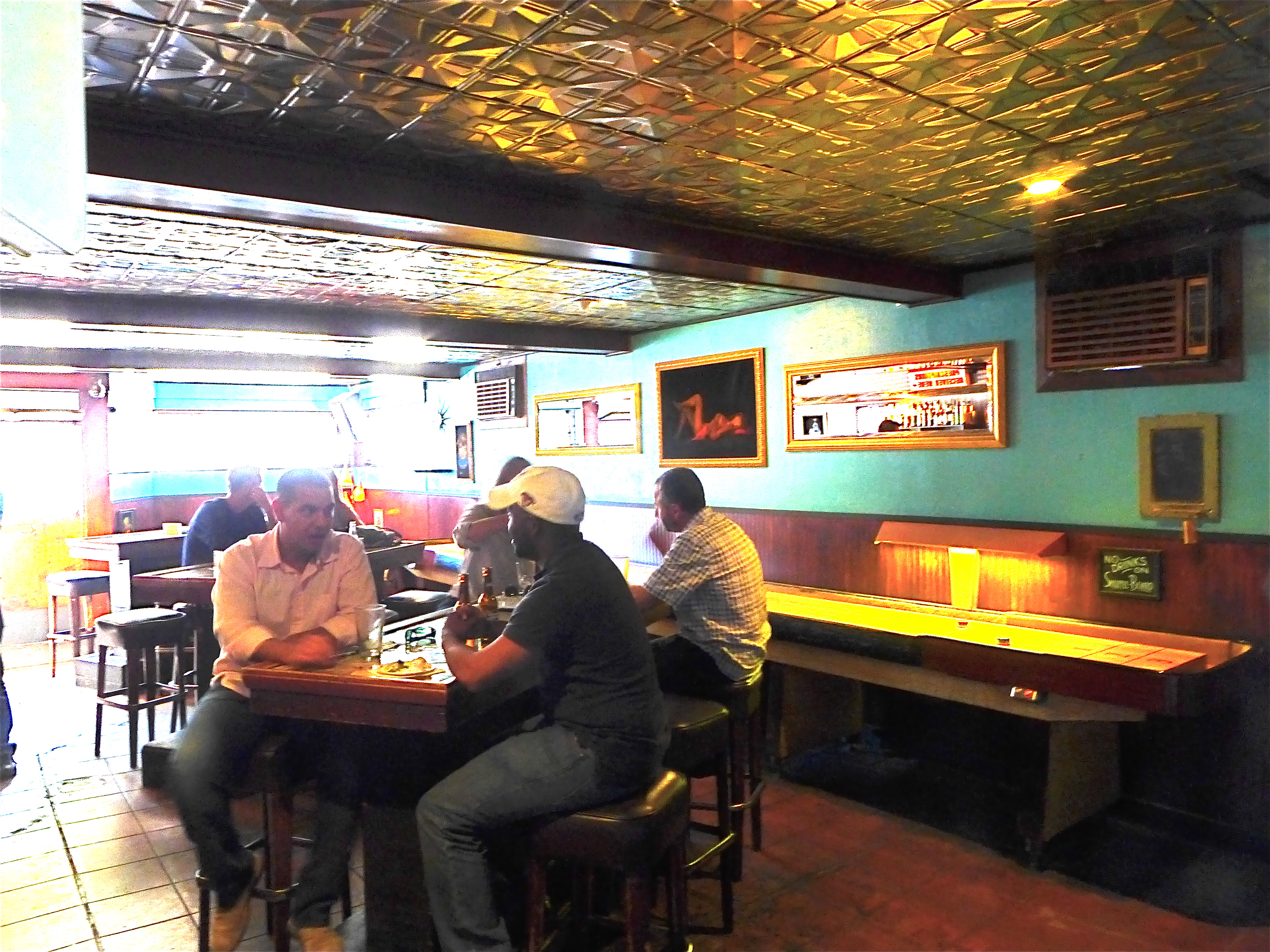 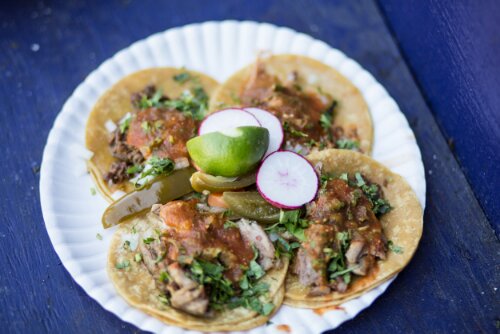 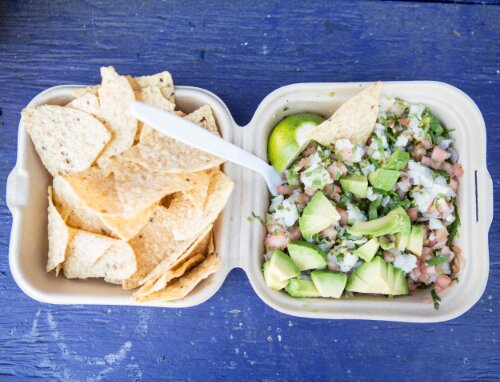 In a marriage that works as well as Brangelina, every day except Tuesday, you can soak up the alcohol with a meal from Tacos El Autlense, the taco truck that parks outside the bar. These are some of the best tacos Ive had and three will fill me up most days. They also make ceviche and burritos. You can take your meal into the bar and eat. 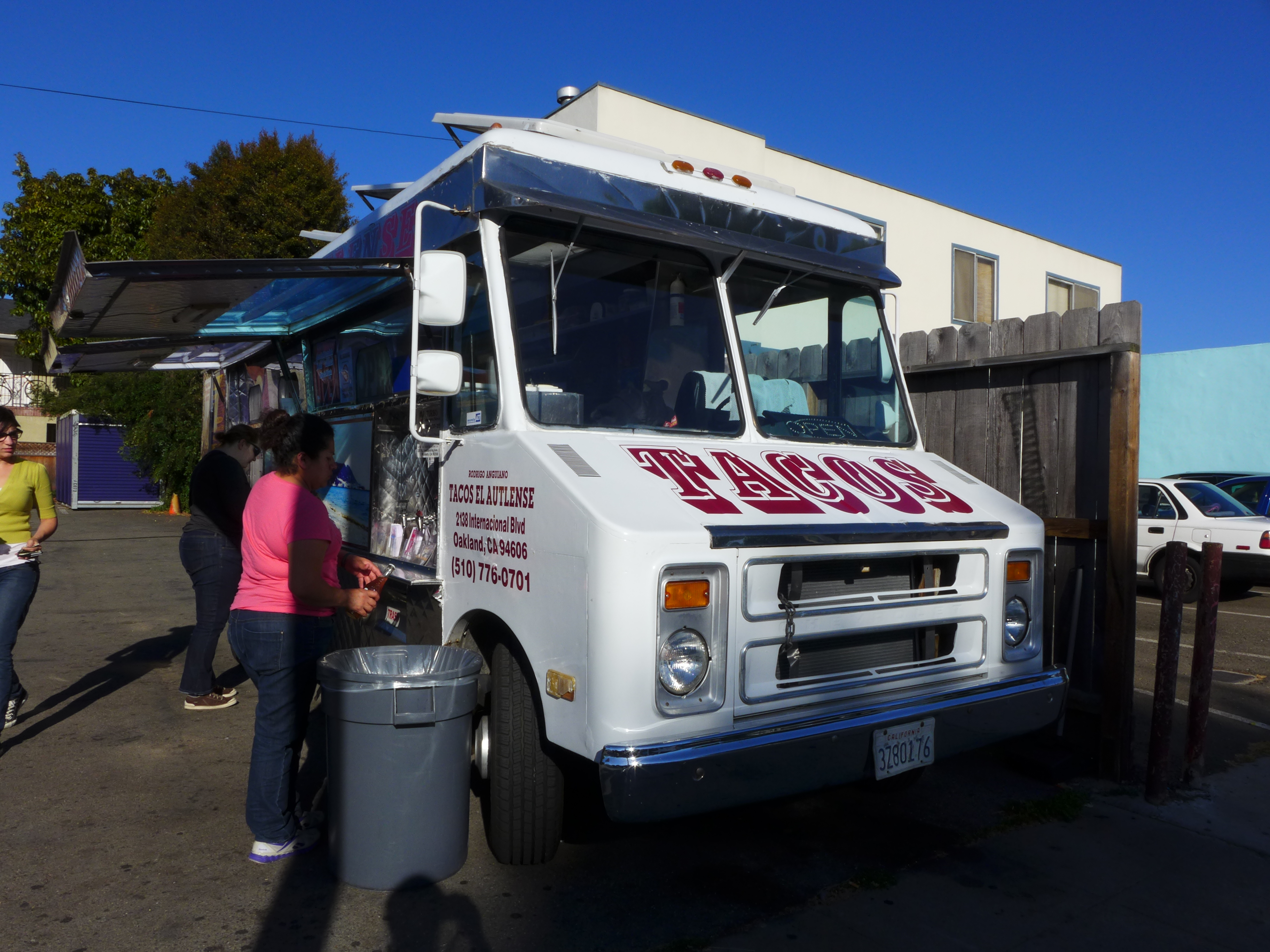 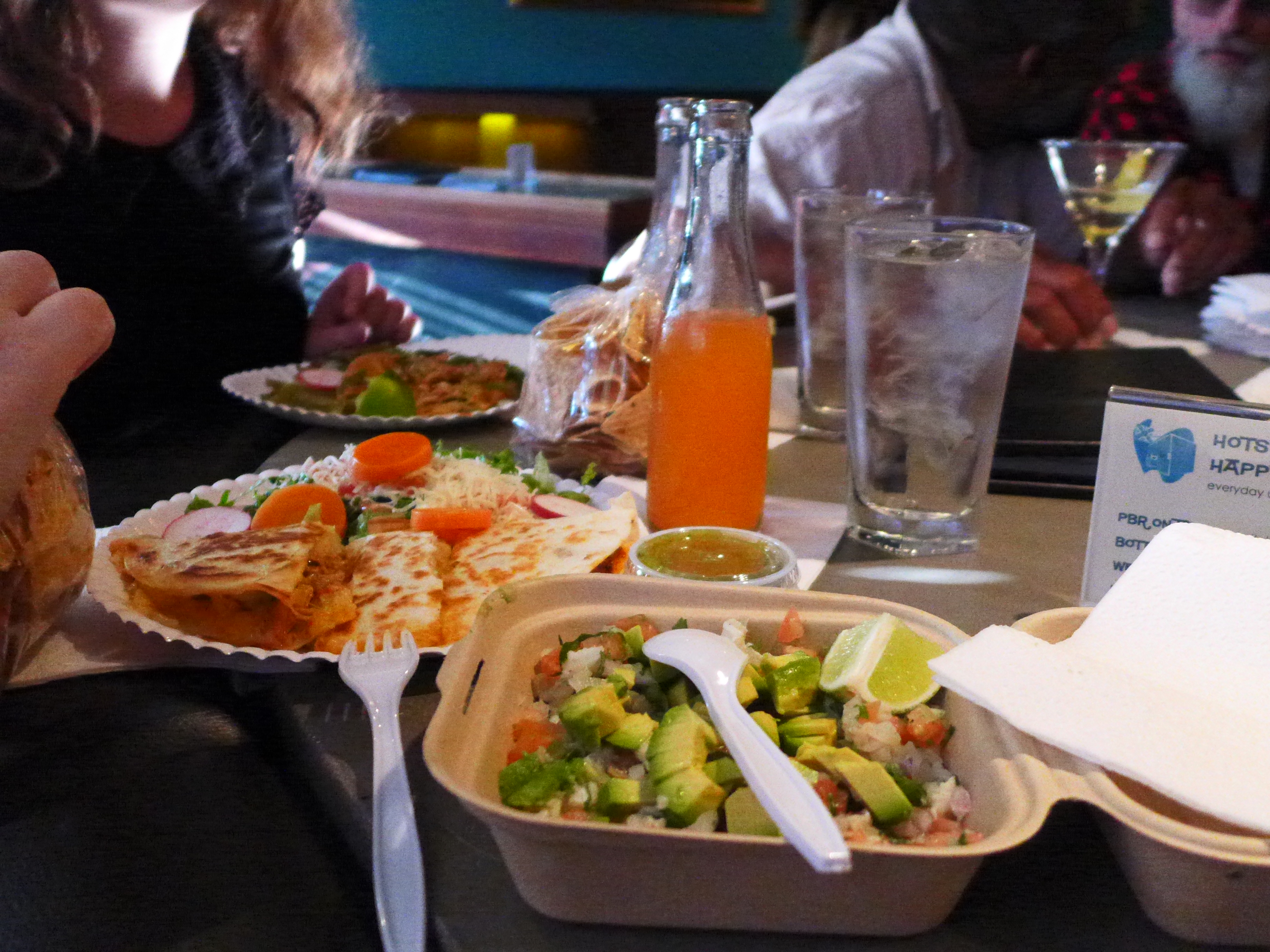 Where else can you get a drink and a meal for $10? And I am so glad the Hotsy Totsy is in Albany. If it was in downtown Oakland I’d never get a seat… 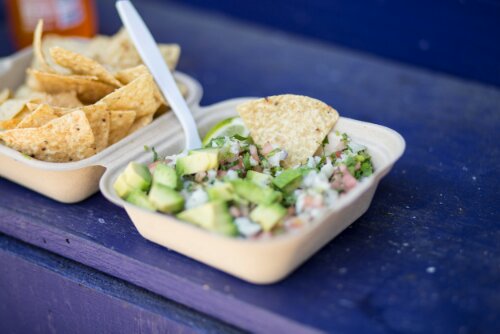 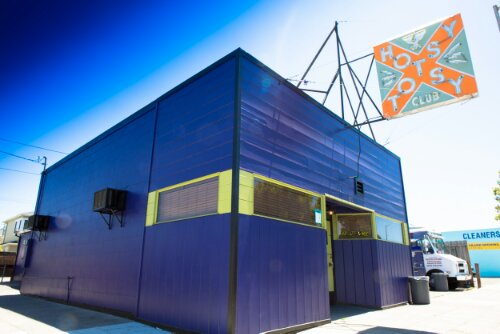