Getting knocked unconscious is (ironically) the most memorable experience I’ve had on Grand avenue.

I woke up on the pavement after a car driving next to me honked so loudly that I swerved into a parked car and flew off my bike headlong and headfirst into the street. I was 12. No one stopped. Likely concussed, I rode home anyway. Later that day my mom yelled at me and my dog bit me. That’s the stuff of country songs right there.

That was the summer I was taking sailing lessons on Lake Merritt. In those days, in the late summer and fall months, the lake was foul. It had enormous algae blooms and a stench that rose like a being when the temperature went up. The stink didn’t stop the youngsters who walked and cruised the south end like it was the Las Vegas strip. Boys leaning out of car windows and looking over the tops of their sunglasses, talking smack like the trifling young fools they were.

Nevertheless, Lake Merritt has come a long way. It’s beautiful now and no longer smells like a festering pond of anaerobic flora. For many years there’s been a good food scene on Grand and Lakeshore. Now it’s really great with the addition of Boot and Shoe, Grand Tavern, Camino and Sidebar. 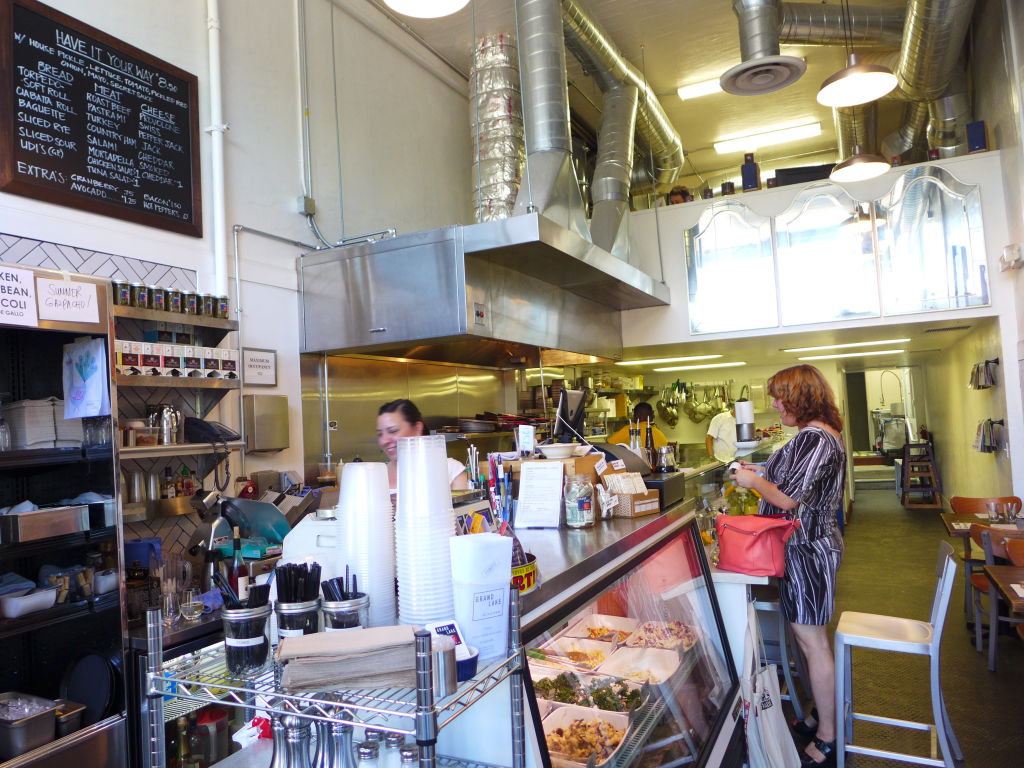 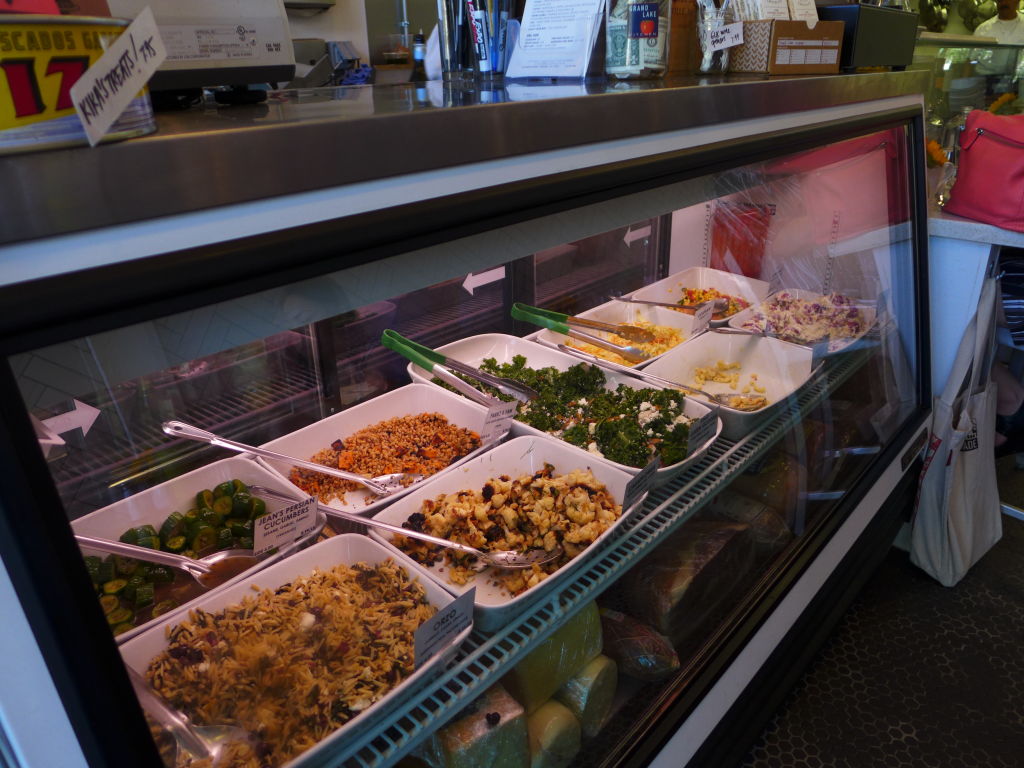 The staff was very friendly and helpful. We started with the deli meat plate ($9) and Prosecco. It was so good, the meat was tender and flavorful, very fresh. Also, the crostini were the perfect blend of crunchy on the outside and soft in the middle. The plate was garnished with some pickled string beans that Frosty was still talking about the next day. GLK pickles its own goodies and sells them in the shop (which has a well curated selection of other gourmet items). They make great use of their small space. 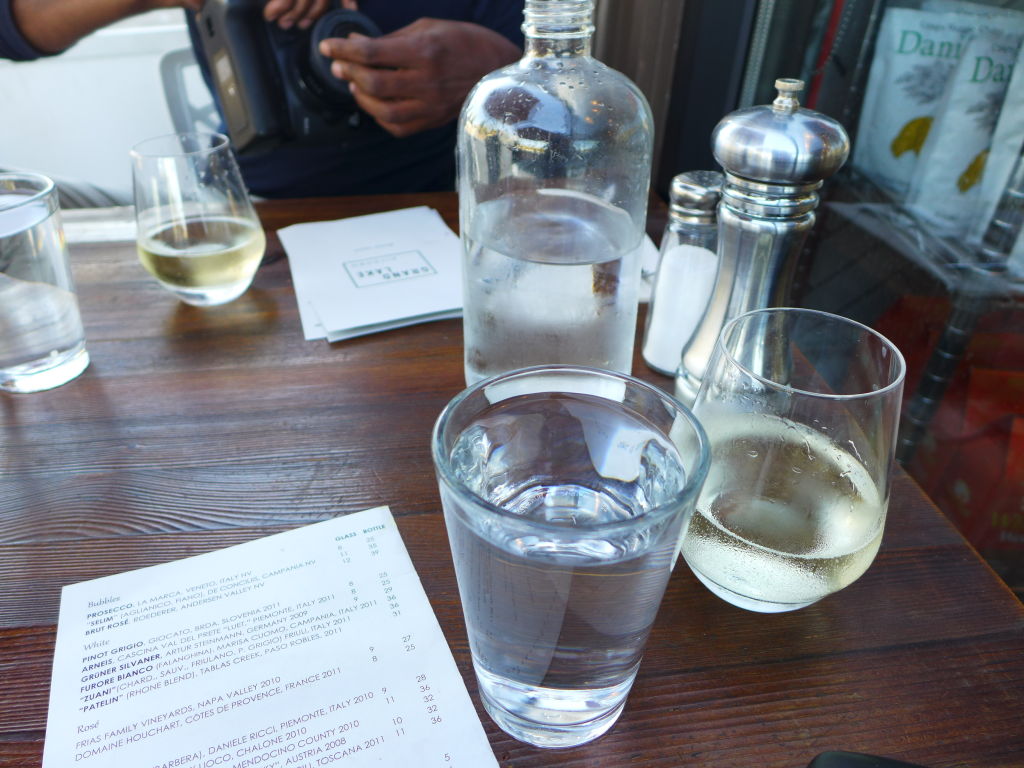 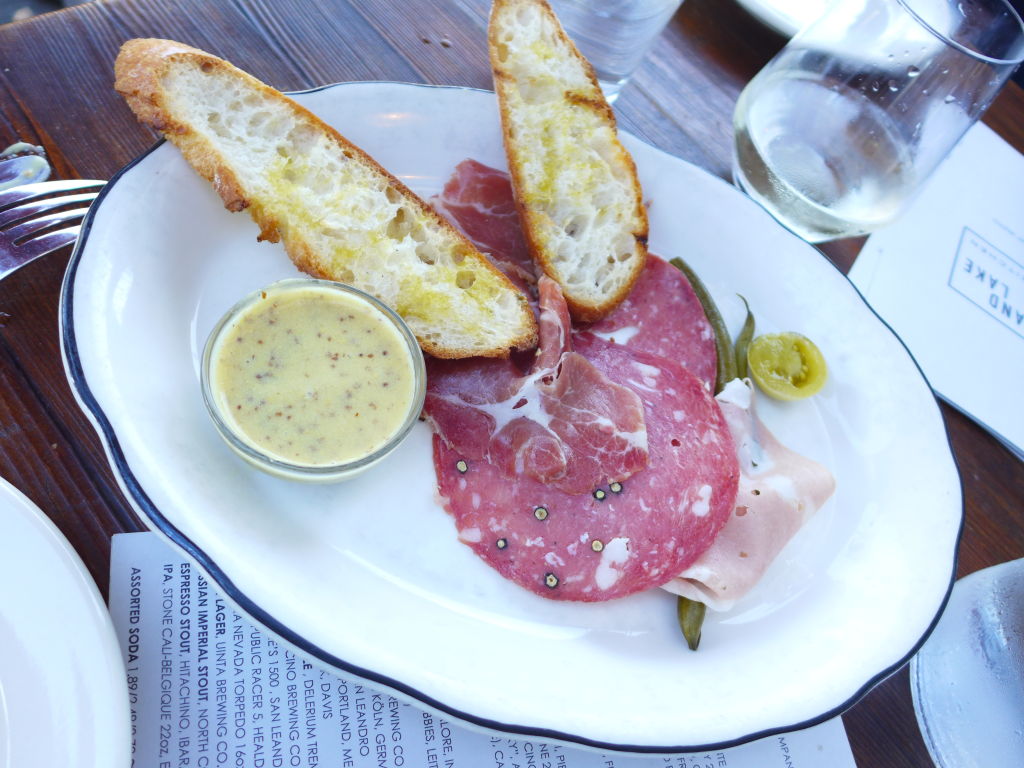 Then we had the heirloom tomato salad with burrata ($10). OMG. Yum. Better burrata than I’ve had at some high-end fancy italian restaurants recently. 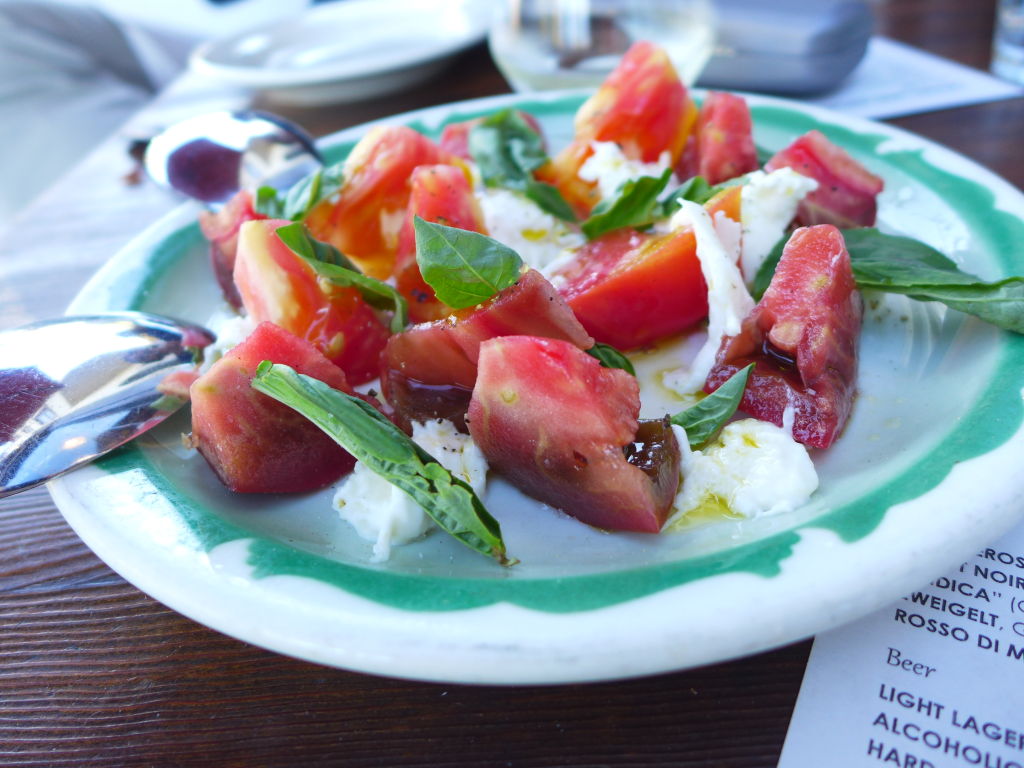 Finally, Frosty had the baked pasta with ricotta, mozzarella, collard greens and bread crumbs ($11) and I had the marinated skirt steak with potatoes and anchovy butter ($12). The steak was perfectly cooked to my tase and could be cut with a butter knife. We also had a side of Romano beans ($6.50) 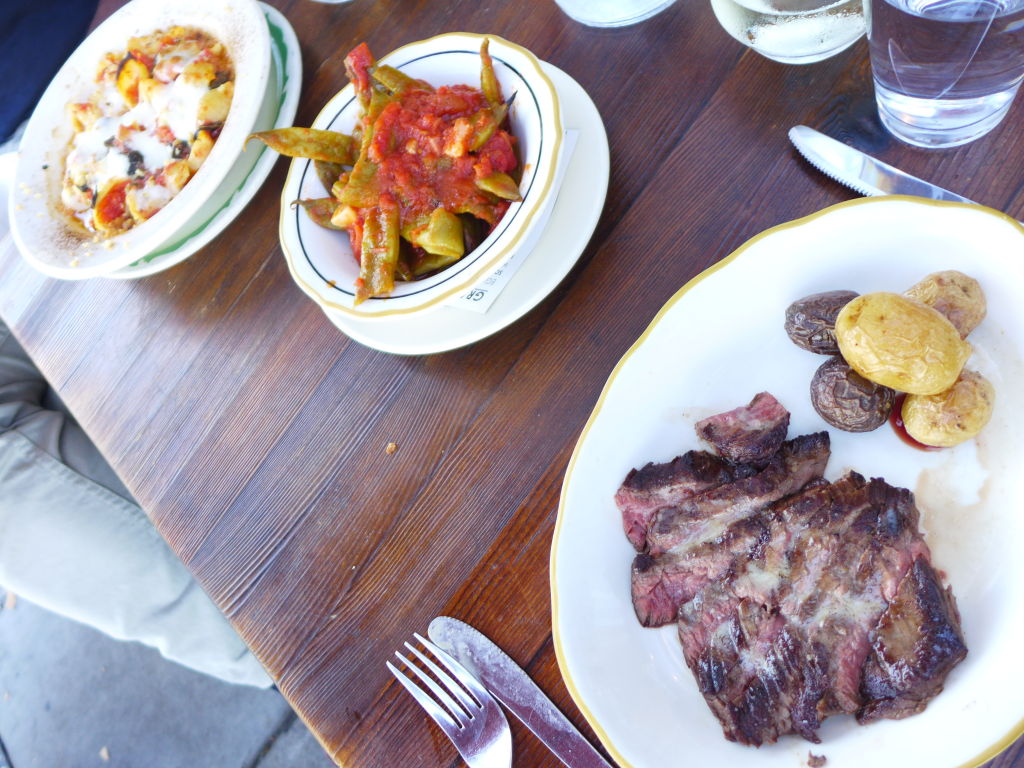 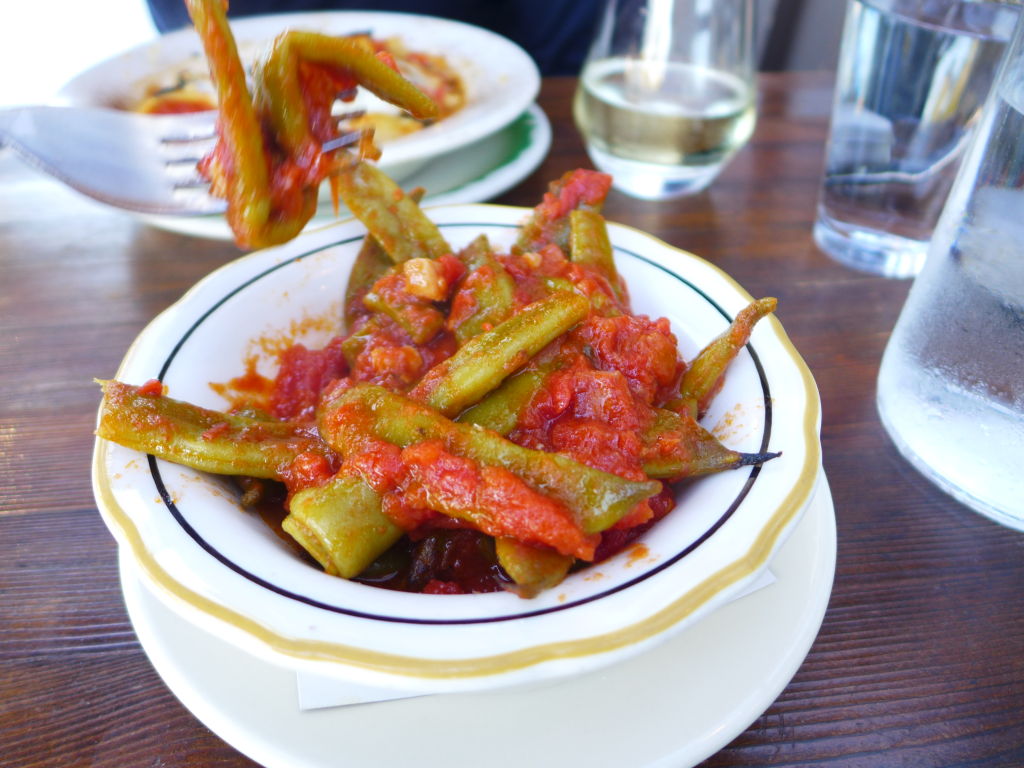 We had a very nice time at this sweet little place, watching the happenings at the lake across the street. We’ll definitely be back during the impending indian summer! 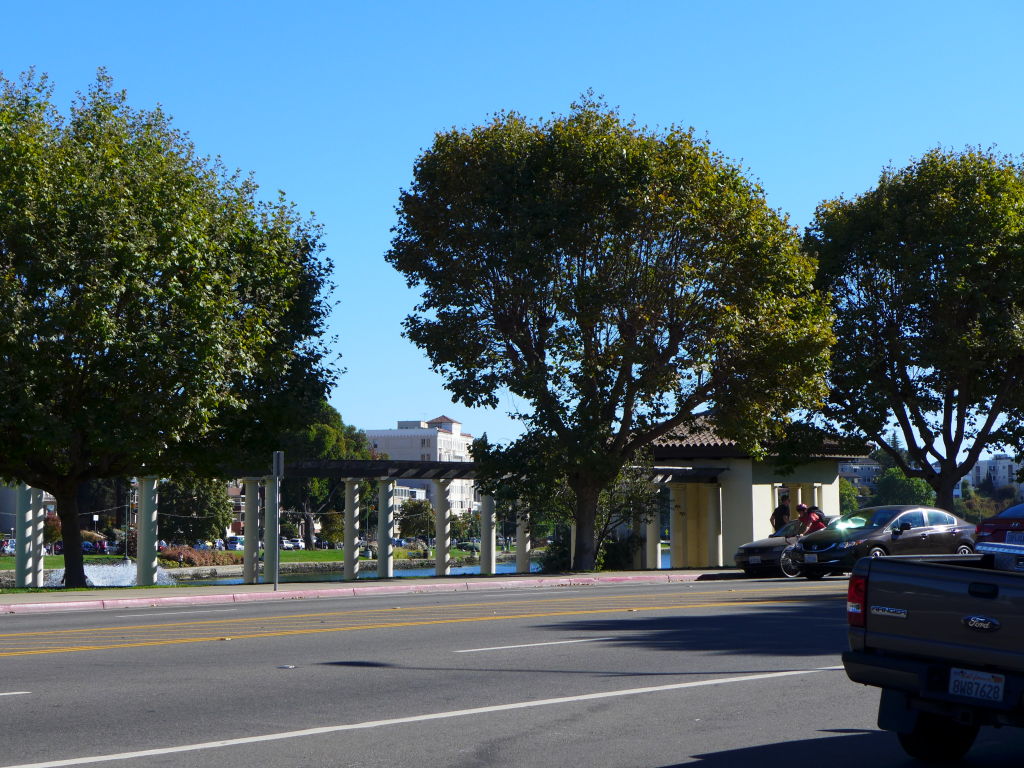