Contrary to popular belief, Gertrude Stein did not disdain Oakland. Her so often repeated (and misquoted) line “there is no there there” was not an indictment of our city, but an observation made in painful nostalgia that the Oakland of her childhood (and her childhood home) no longer existed. The rural Oakland (pop 35,000) that she left in 1891 had given way to an urban Oakland (pop 300,000) when she returned in 1935.

But her actual meaning doesn’t matter. The saying so perfectly represents the dichotomy between the perception of Oakland and the reality. To outsiders Oakland is either a thug or a bore.

Well, no. Oakland has never been a one-dimensional city. Oakland has always been a city of difficulty, beauty, hardship, richness, innovation, creativity, social responsibility… the list goes on. Nor did it just become cool and interesting in the last few years.

“But we’re from Oakland. And Oakland builds quality. Folks who creep but don’t crawl. Melt down, but don’t vaporize. I move around — Oakland, anyway. So I know the Bay Area creates righteous people who deal with splendor and sting, sham and certainty, gray velvet fog and lemon–glass sunshine — all while just getting from Point A to Point B.
I know this because I can see. I watch. And this place — with its indigo–green jewel of a lake and its underdog nature and dead downtown and Southern Negro mores and shiny liberal whiteness and slow–motion port and fifty–cent tacos and fern–cloaked hills and baby tunnels and beckoning bridges and Victorian crack–houses and modern manors from which you can see San Francisco twinkling and Marin sleeping and after that straight to God’s cool pacific pond…”

Old Oakland and Downtown were thriving business centers when I was a kid. The Houswives Market in Old Oakland was a hub of activity, an indoor farmers market where you could buy meat, fish and things you’ve never heard of to eat.

Now the Swan’s building (former home of Housewives) is getting new life housing new restaurants and a wine bar. It’s a great space with a community feel.

Frosty and I wanted an easy meal on a Friday night and decided to check out Rosamunde’s Sausage Grill; the sausage place that also has locations in the Haight, Mission and Brooklyn (another place that has to defend its reputation, I feel a kinship). They have a great selection of sausage and a good selection of beer on tap. 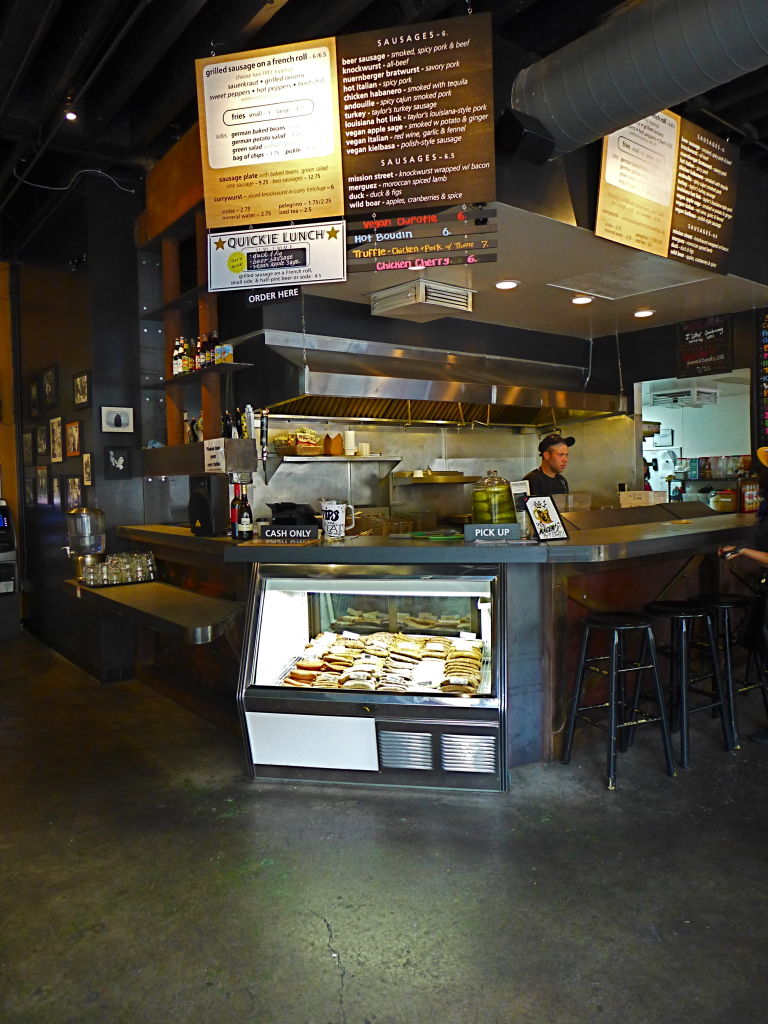 I had the sausage plate that comes with baked beans and a tasty salad with walnuts and blue cheese. I’m no fan of baked beans, but these were not my mother’s (canned) baked beans. They were delicious. I chose the hot Italian sausage. It was a filling and tasty plate of food for $9.25. Frosty had a beer sausage (sandwich without the roll) and fries (also about $9). We both had cranberry cider. 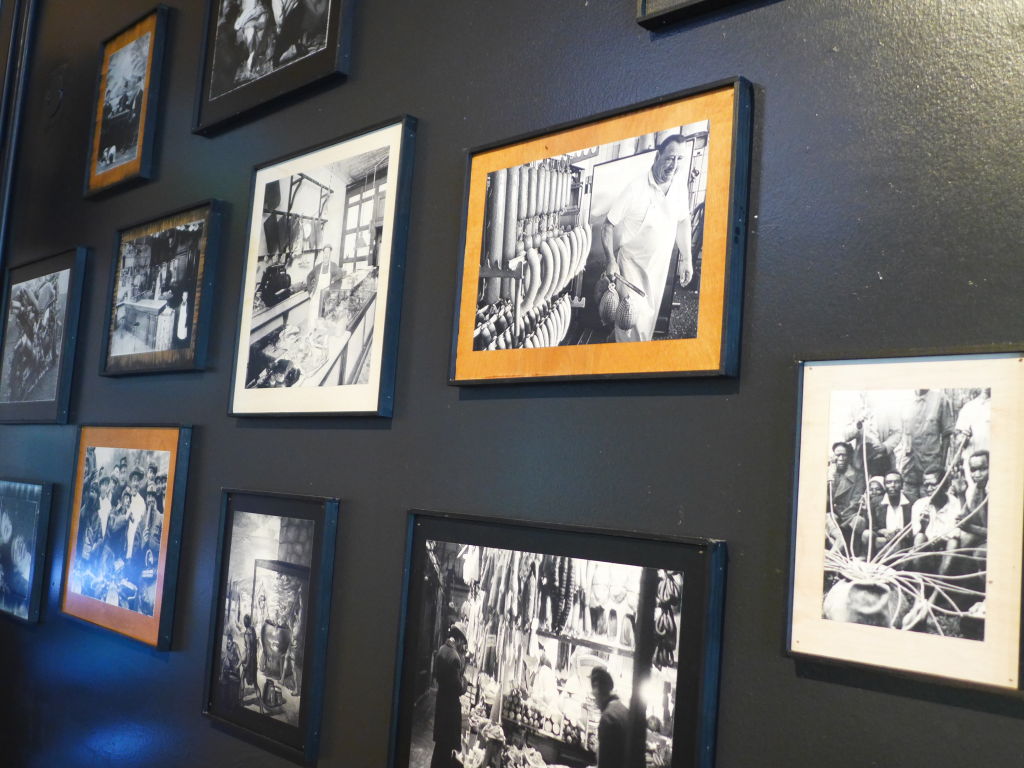 We sat outside, which we love (more restaurants need outside seating). I really like going to Old Oakland on Friday nights. It’s a ten minute Bart ride from my job in the city. It’s never crowded and you can always get a table in the Swan Market restaurants. Easy. 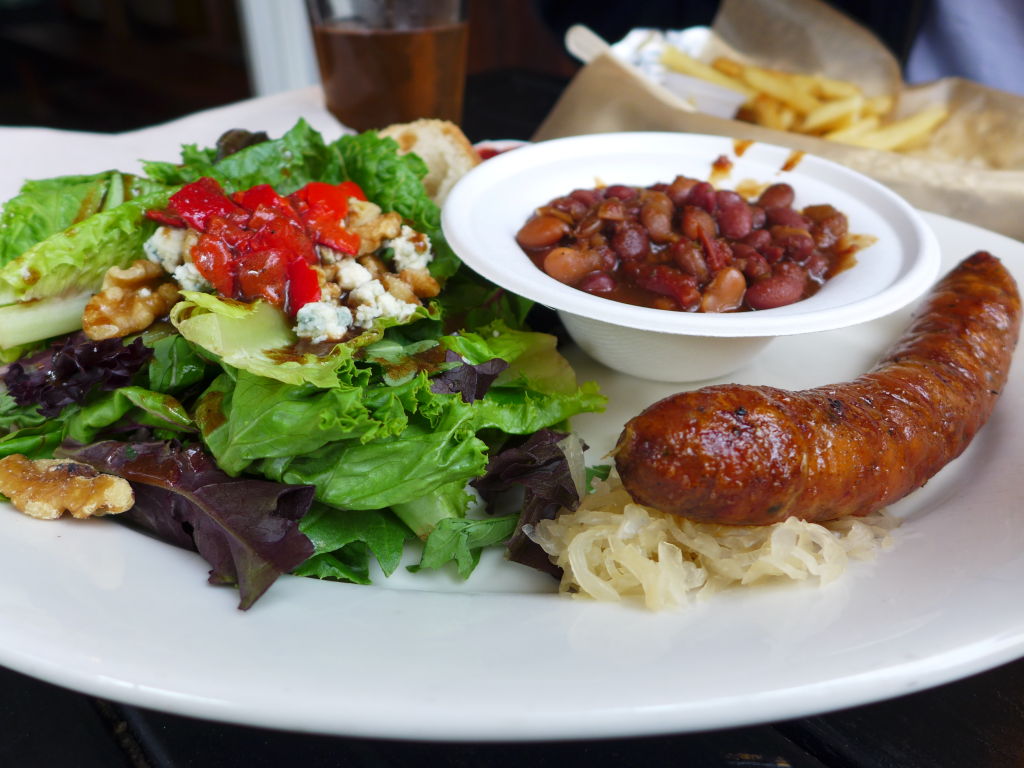 I love Oakland. I get cranky about having to defend it sometimes.