Until I saw all the cute boys in the neighborhood, I was seriously pissed that my mom moved me to Rockridge when I was 14 (in 1975). I was a Berkeley kid. Moving to Oakland was uncool. The kids that hung out on the steps of Chabot School (smoking and drinking) were rivals to the kids who hung out at the 7-11 in Elmwood (smoking and drinking). It was a Jets/Sharks kind of situation. Well, without any real threat of violence.

Oddly enough, my parents didn’t take my grievances about the situation seriously.

With the perspective of an older person and the hindsight of ridiculously rising property values, the distinction between Rockridge and Elmwood is trivial. But this was serious shit when I was 14.

I eventually negotiated what my friends from that era still refer to as “dual citizenship” and made Rockridge my second home. I lived (well) there in my 20s as a poor person, sharing an apartment, riding a bike and eating ridiculously well, due to jobs in the local gourmet food establishments (a lifestyle I’m not sure is available to 20 somethings today).

Rockridge has blossomed as a business community and dining destination over the past 35 years. I have had some really memorable meals at Oliveto, Giribaldi’s, Tachibana, and Wood Tavern. Rockridge may lack urban street cred (we called it “Baja Berkeley” back in the day) but it definitely has gourmet cred. New additions like A16, Toast and the Ramen Shop take it up another notch. I am almost overwhelmed by the dining scene in that neighborhood alone.

So I was feeling a bit world weary when I visited Bourbon and Beef. I went with my nineteen year old progeny, who still deigns to go to the theater and dine with me occasionally.

We went early since we had theater tickets across town. We were seated right away at the community table.

We started with Chile y Ajo Frito (shishito peppers with garlic and guajillo pepper aoili) ($10), they were very good, seasoned with whole garlic cloves and salt. We also had the Papas Frita con Carne Asada ($19). Yes that’s french fries and carne asada, why do those things not come together more often? 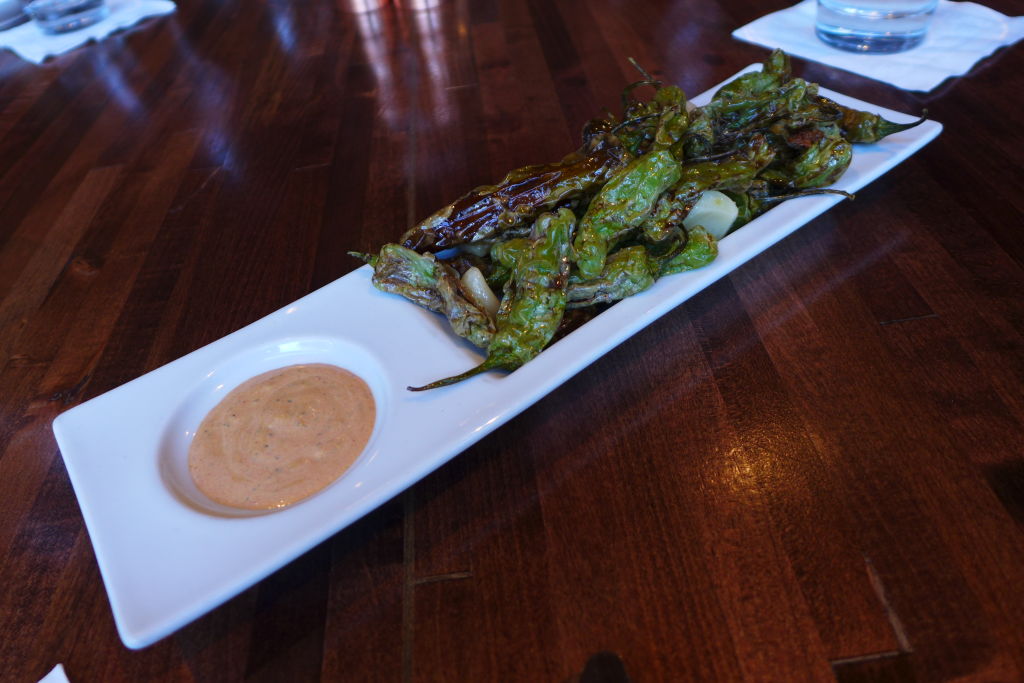 For our “mains” we .had an Ensalata de Pollo (chicken salad $14) and the Bistek Rostisado (roasted beef tender with carrots, duck bacon, bourbon marrow reduction, $29).

I had a “Some Like It Hot” cocktail, which was basically a spicy Margarita (like my fave the “Spicy Pepino”). I wished it was served on the rocks and bigger, but I’m used to the mason jar version that’s served around town. 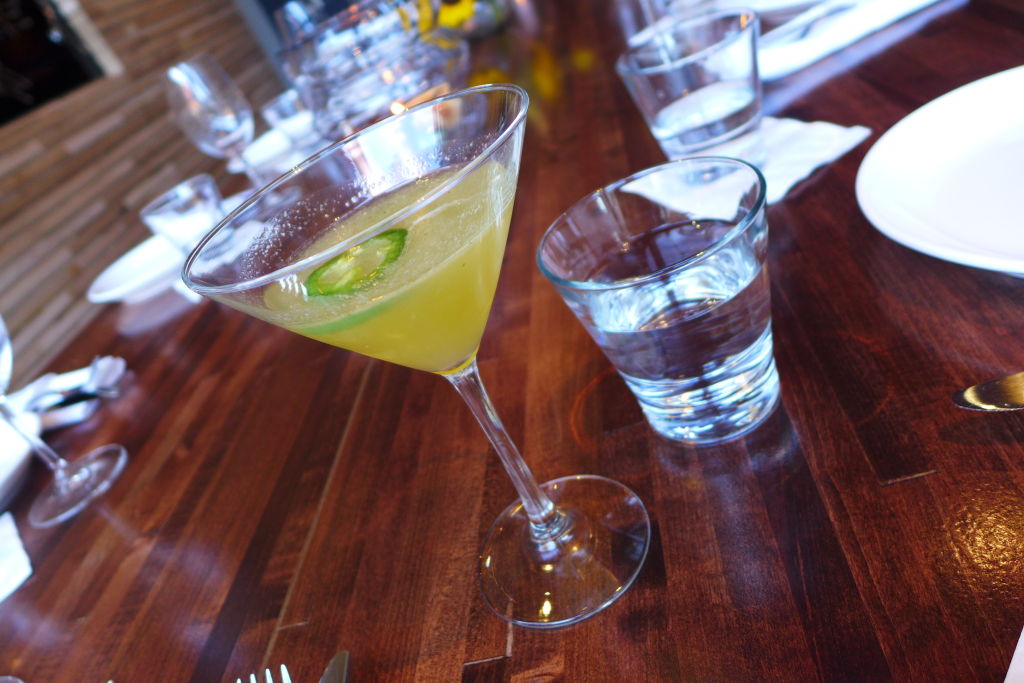 The offspring had a Dolce de Leche sundae for dessert, with mexican chocolate sauce and toasted marshmallows.

It was mostly very good. Some things were outstanding (duck bacon! who knew!) I probably would not order the chicken salad again (it was just good in a field of very good). But the beef dishes and the peppers were really flavorful and filling. Lauren was a great server who seemed really interested in whether or not the food was meeting our approval. 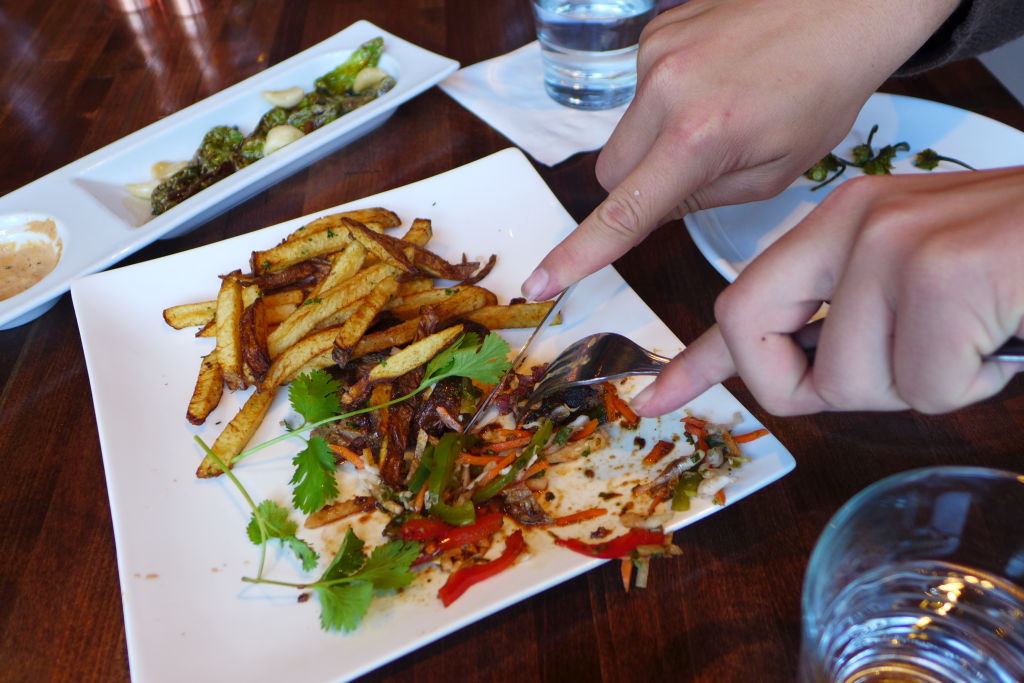 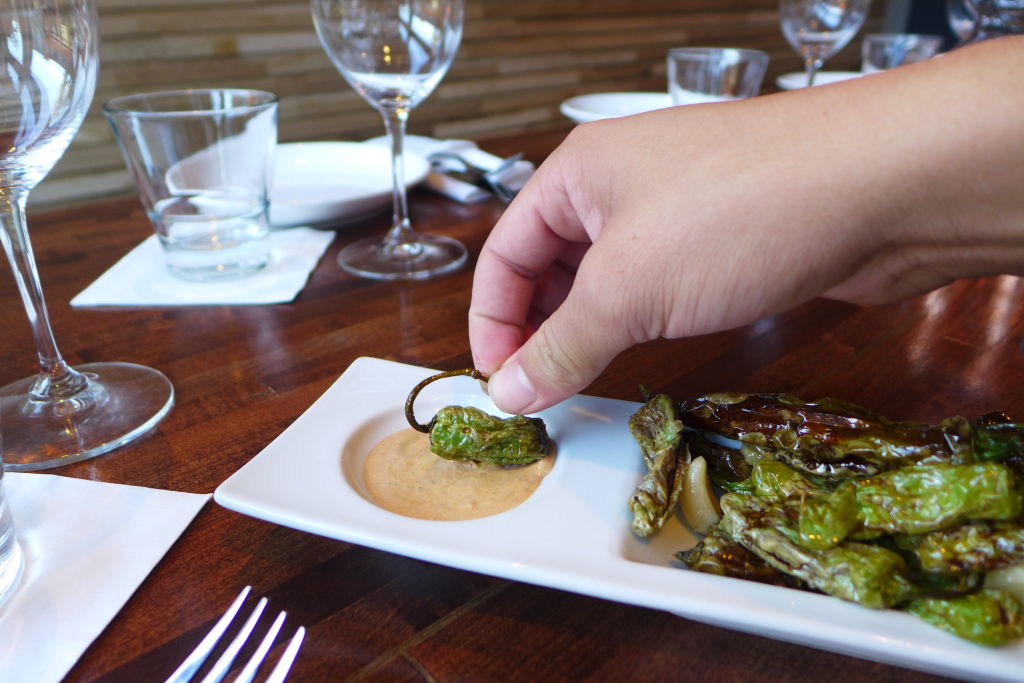 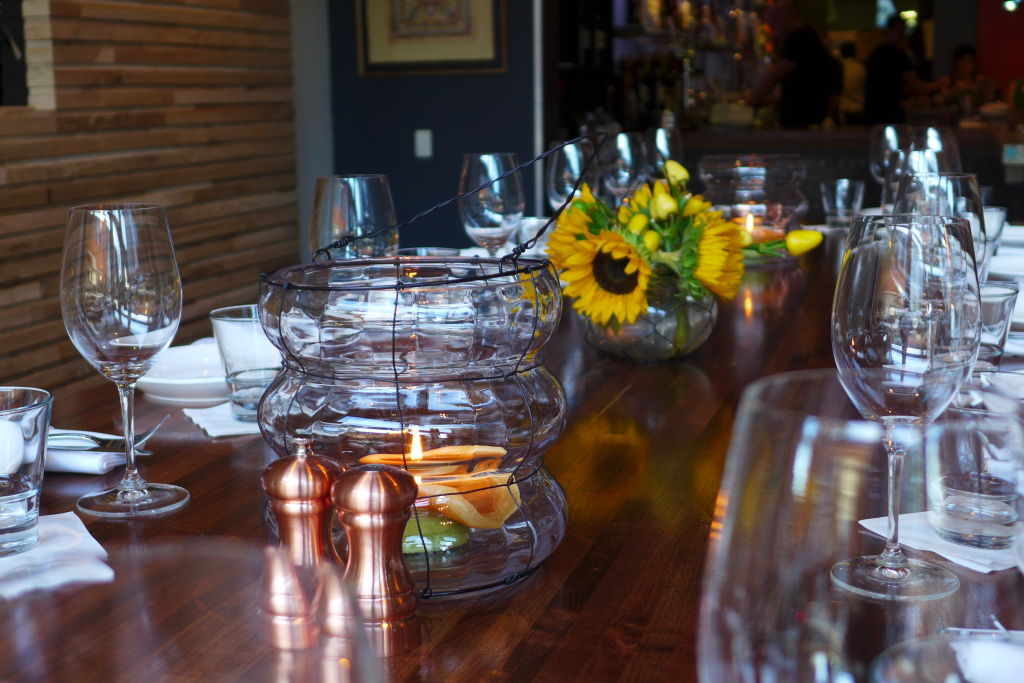 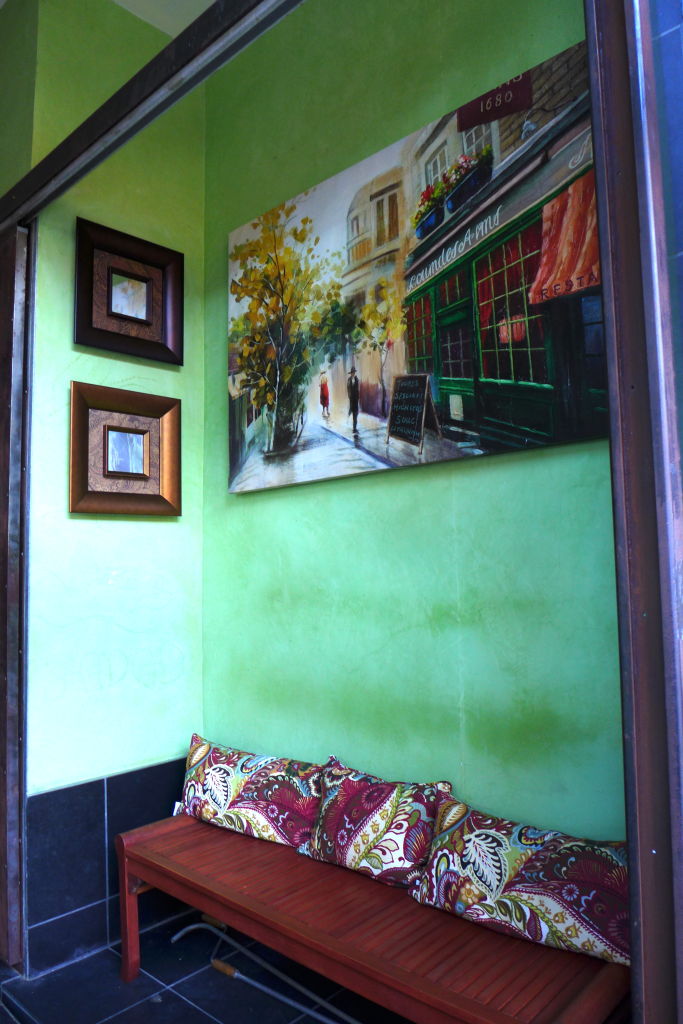 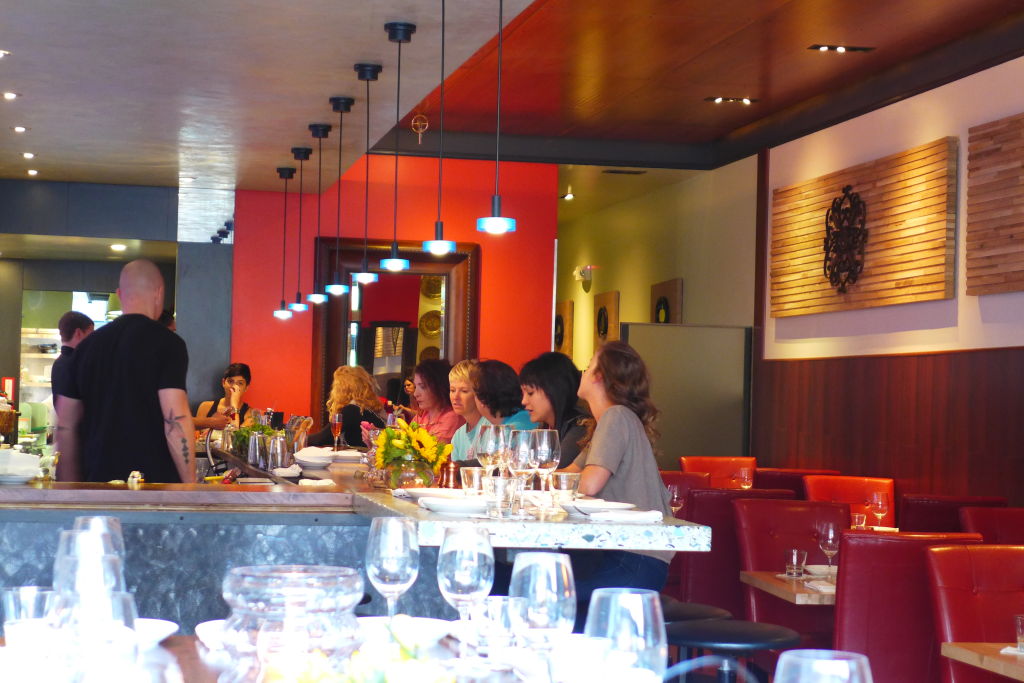 It’s not a cheap meal however, which is a bit at odds with the casualness of the atmosphere. You can eat at the bar, a large community table, or at one of the few small tables they have. I guess when I’m spending over $100 for a meal for two, I’d like more options for backs on my chairs.

It’s a good addition to the scene, however, and I will be back. I would love to try it for lunch someday, seems like a great spot for that. Meanwhile, I’m hoping the next opening in Rockridge might be a place I can dine without blowing my entertainment budget for the week (maybe a taco truck?).

@KenzeeGiles Jesus, there's a lot of victim blaming in this thread. Women are aware that they are vulnerable 100% o… https://t.co/5fV4d5aANR
Reply Retweet Favorite

If you think that this ruling doesn't affect you because you're a man or you're too old to procreate, think again.… https://t.co/Wt73iNr5CE
Reply Retweet Favorite

@josecanyousee_ Because the dems have been so effective. We've been on the back foot for YEARS while Republicans co… https://t.co/BbjzDtR3li
Reply Retweet Favorite