Inexplicably, my car slid sideways across College Ave into the path of oncoming traffic. The guy on the radio (live 105) shouted “There’s broken glass all over 9th street…” seconds before the station went dead. All the way down College people were streaming out of their houses, faces tight. People I recognized as natives.

Native Bay Area people like to take earthquakes in stride. We smile at the freaked out newcomers and say “that was fun.”

Not this one. I’ll never forget the creeping, sick feeling I had watching early helicopter footage of the Cypress freeway running through West Oakland. The anchorman didn’t understand. “I don’t know what we are looking at…” I did. We were looking at a single level freeway where before there were two levels.

All these years later, thinking about the aftermath of the Loma Prieta earthquake is still painful. I went down to the Cypress structure to see if I could help. It was a devastating scene. Stories of rescue and recovery still haunt me.

The people who call the Bay Area home were altered that day.

As was the landscape. Once a major cultural hub and the heart of Oakland, in 1989 West Oakland felt like a wasteland. The lively neighborhood on 7th street had been destroyed by the urban renewal (what James Baldwin called the “negro removal”) programs started in the mid 50s. The towering Cypress monstrosity sliced through the heart of the area, a monument to the cultural engineering policy that destroyed a vibrant neighborhood and created a slum.

For so many reasons, it was a good idea to tear down the Cypress structure (and the equally heinous embarcadero freeway in San Francisco). It was a first step in bringing the area back from despair. Twenty four years later, West Oakland has changed a lot in some ways (some houses are selling for more than $300/sq ft) and not much in others (still no grocery store).

Restaurants in West Oakland are few and far between. On a little street, nestled between industrial lots, Sunhui Chang and Ellen Sebastian Chang have created a special space in FuseBOX. It is four blocks from where the Cypress structure ran. It’s a magical place. Don’t misunderstand, when you step into FuseBOX, you do not feel that you have escaped the urban scene just outside. You feel the urban scene is wrapping its arms around you and inviting you to stay and enjoy its vibe, see it in a way you haven’t before. As neighborly. 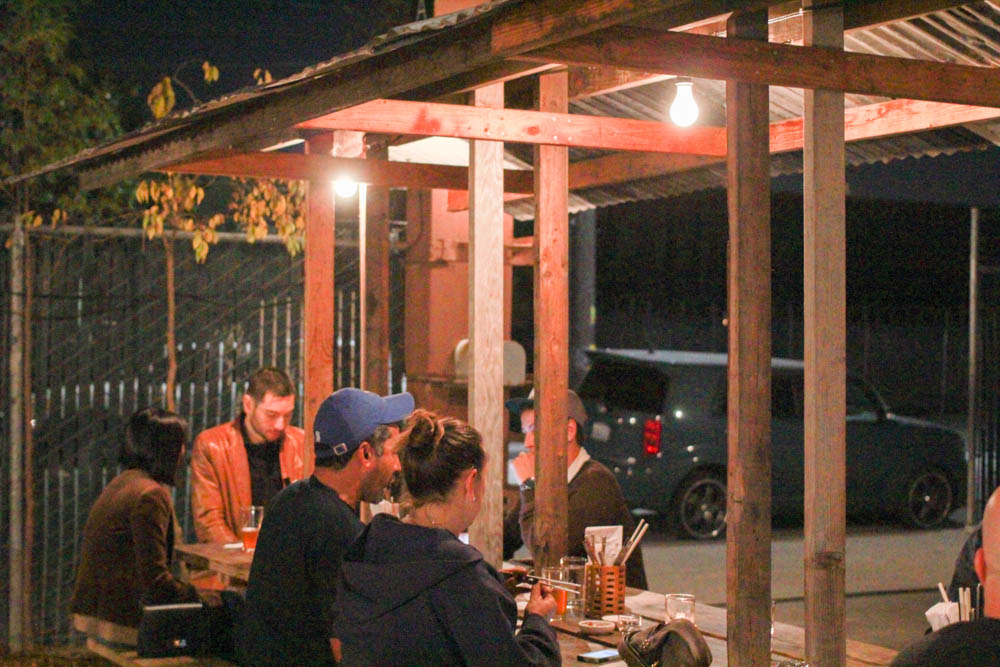 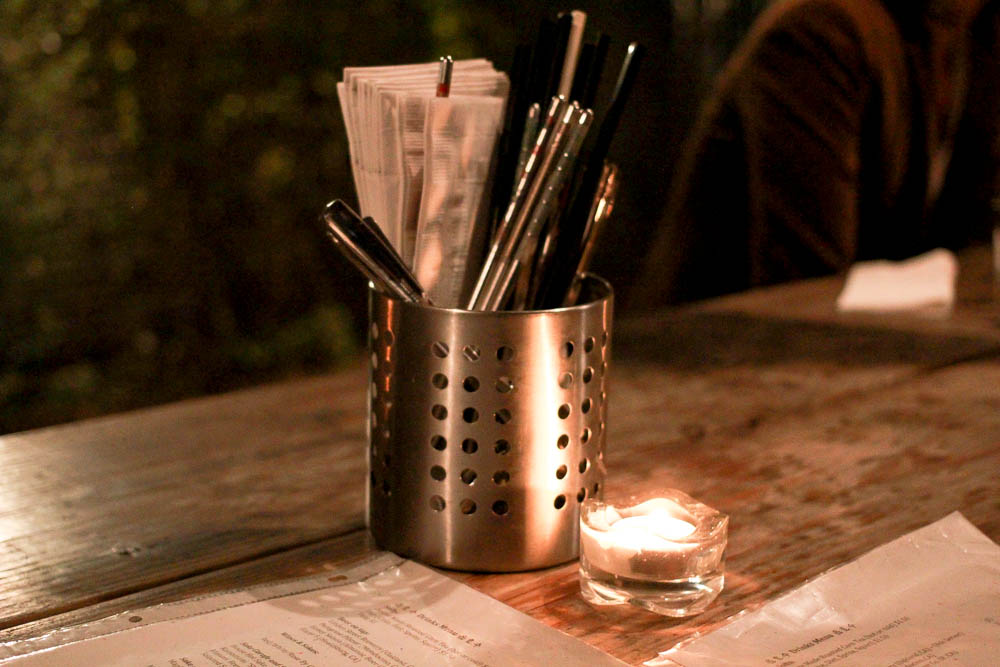 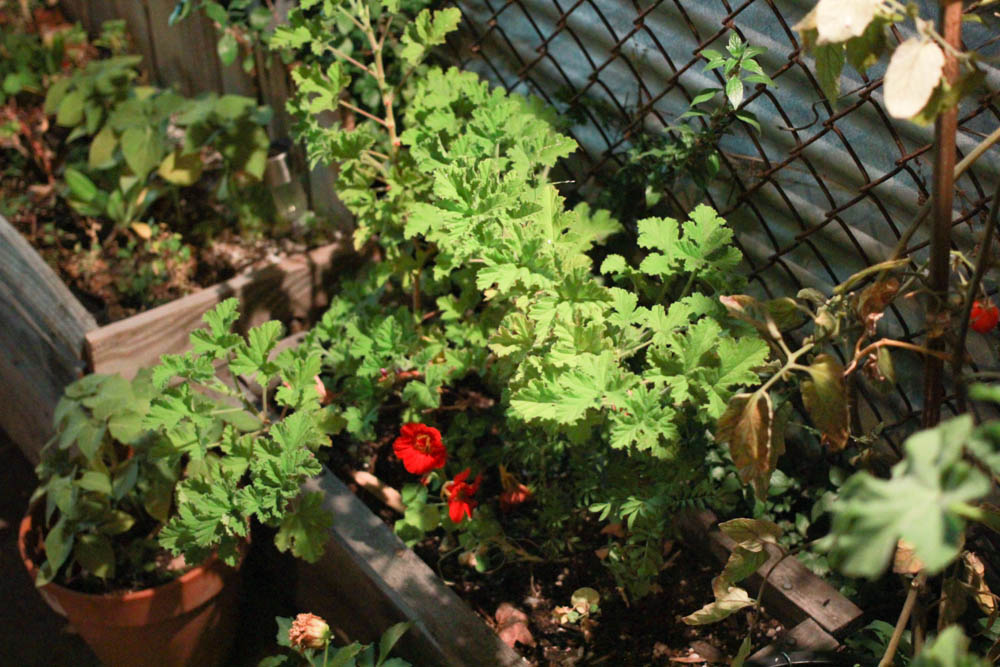 There is a patio outside where you can have drinks and bites during Happy Hour. The community table actually works…people talk to one another. Something about the place encourages that. 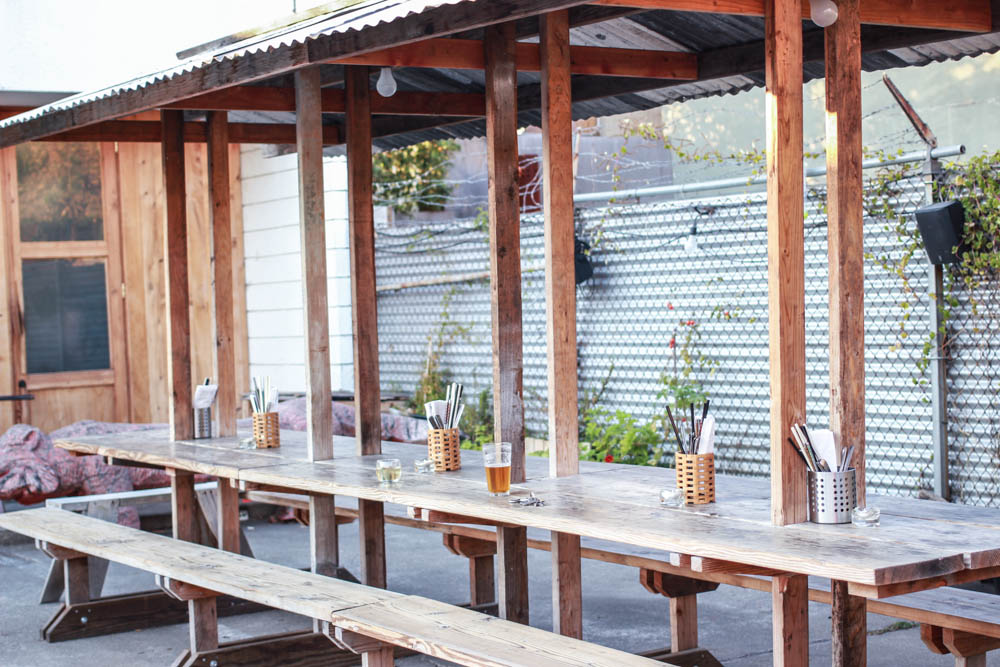 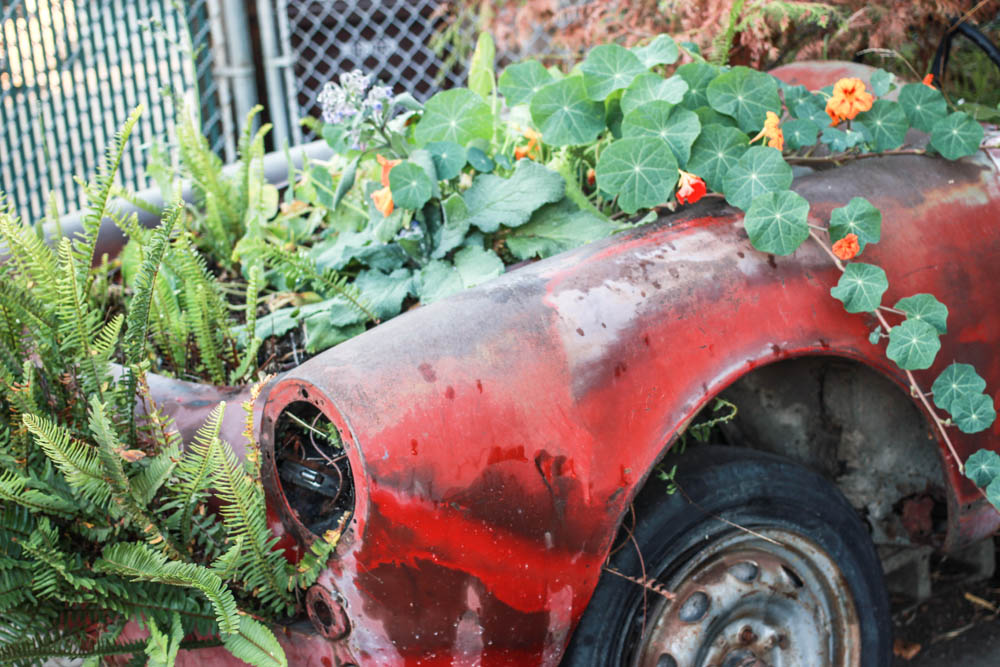 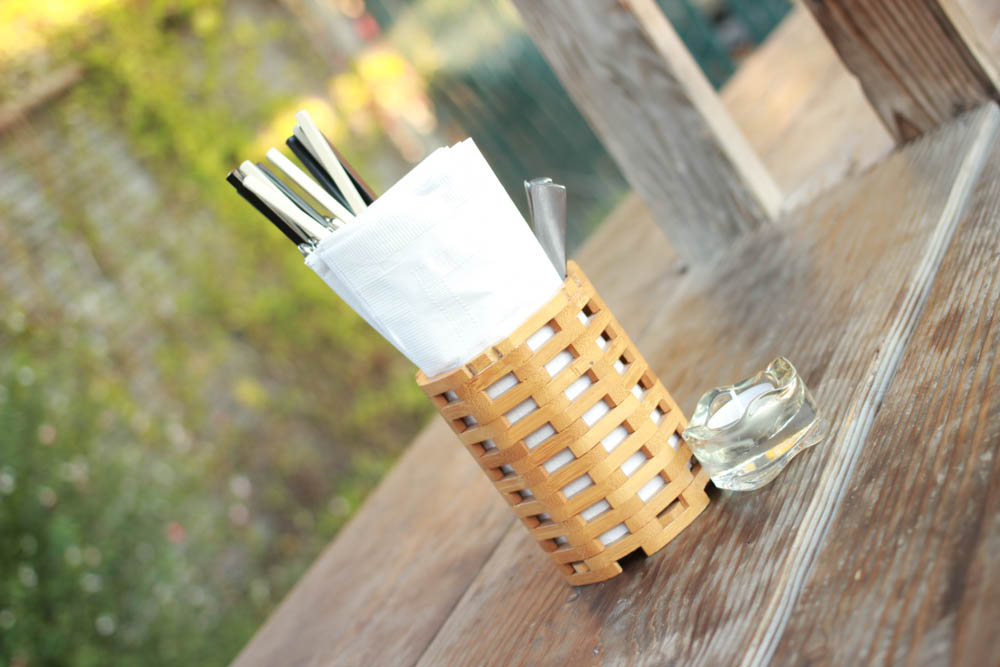 FuseBOX serves Korean food and non-Korean food (Izakaya style, think “bar bites”). It is served with joy and attention to detail. The small bites pack big flavor, the sauces and condiments that accompany them are mostly made in house. Every person who waited on us was extremely professional and informative. And happy. 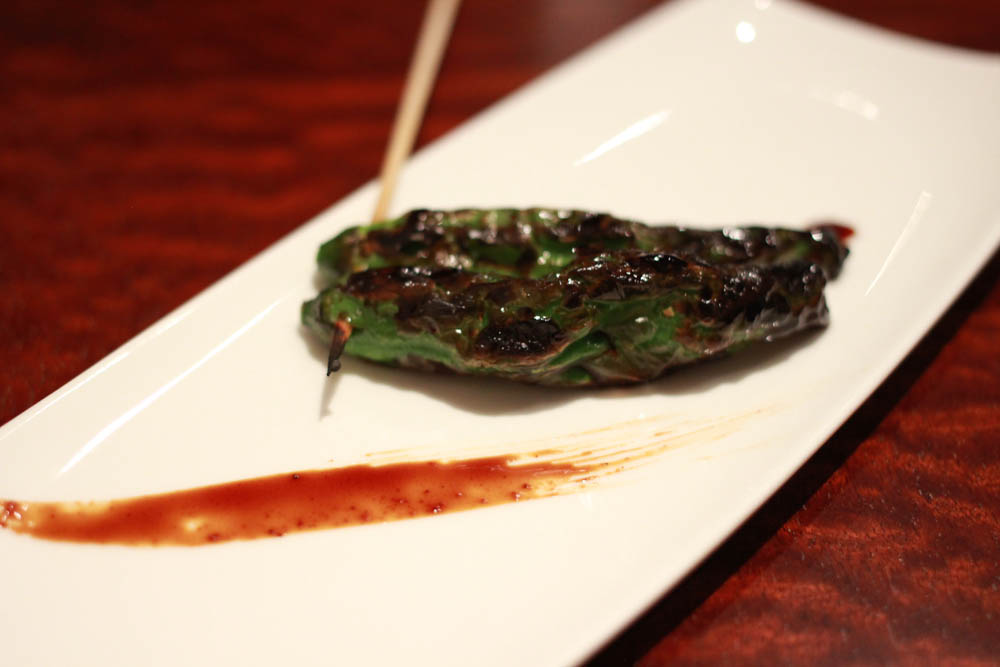 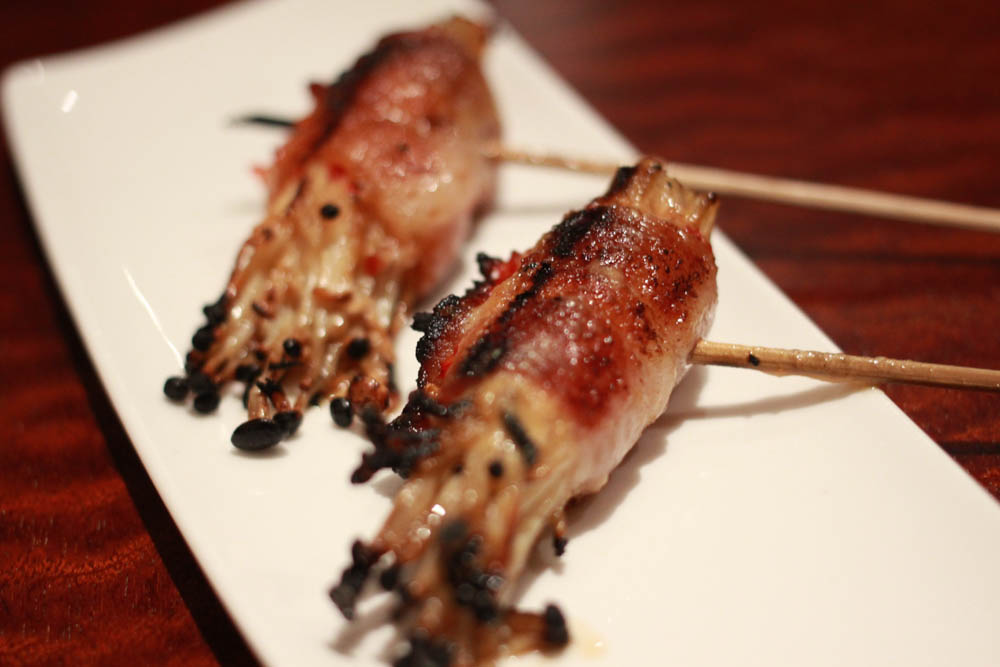 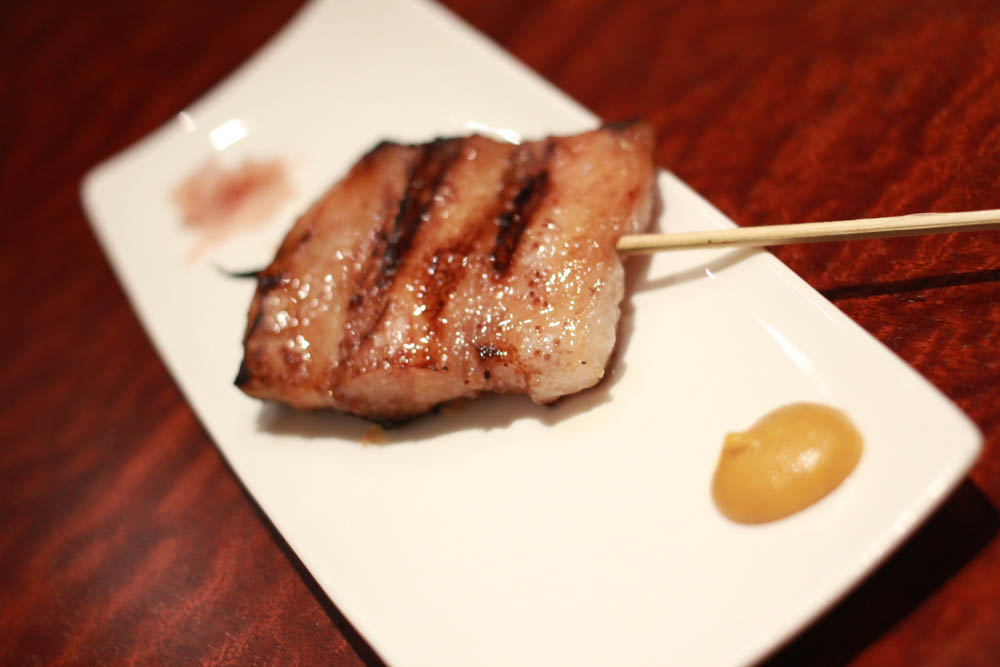 Each bite was delicious. The KFC wings were amazing, with crackling skin and tender chicken falling off the bone. These are not your average bar appetizers. 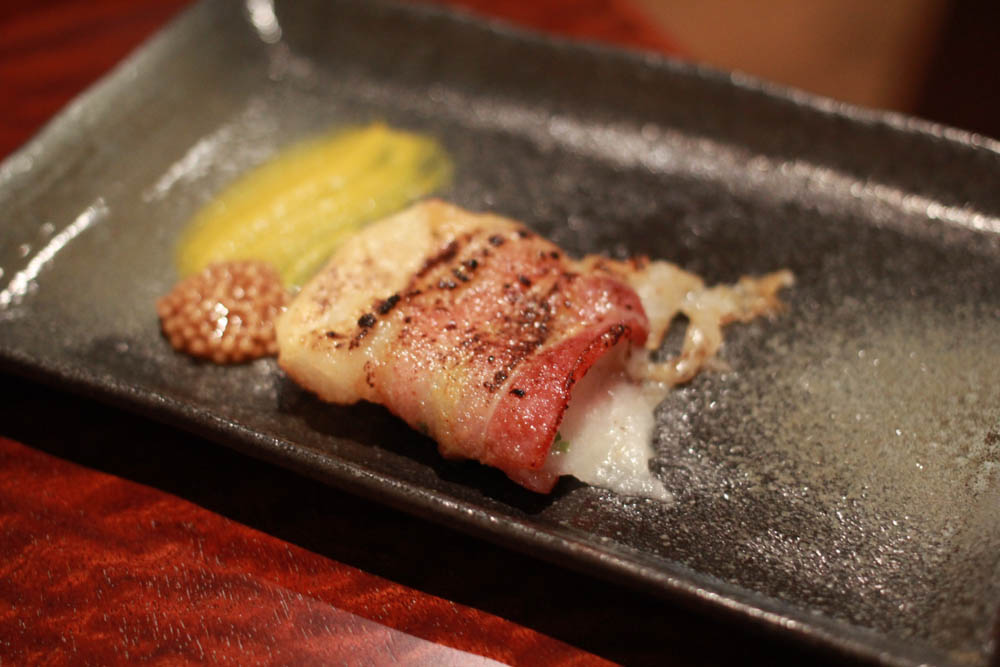 For our “mains,” we each had a bap set, rice served with meat or vegetable. I had the beef, the teenager had the pork. These are served with the freshest tasting Kimchi I have ever had. 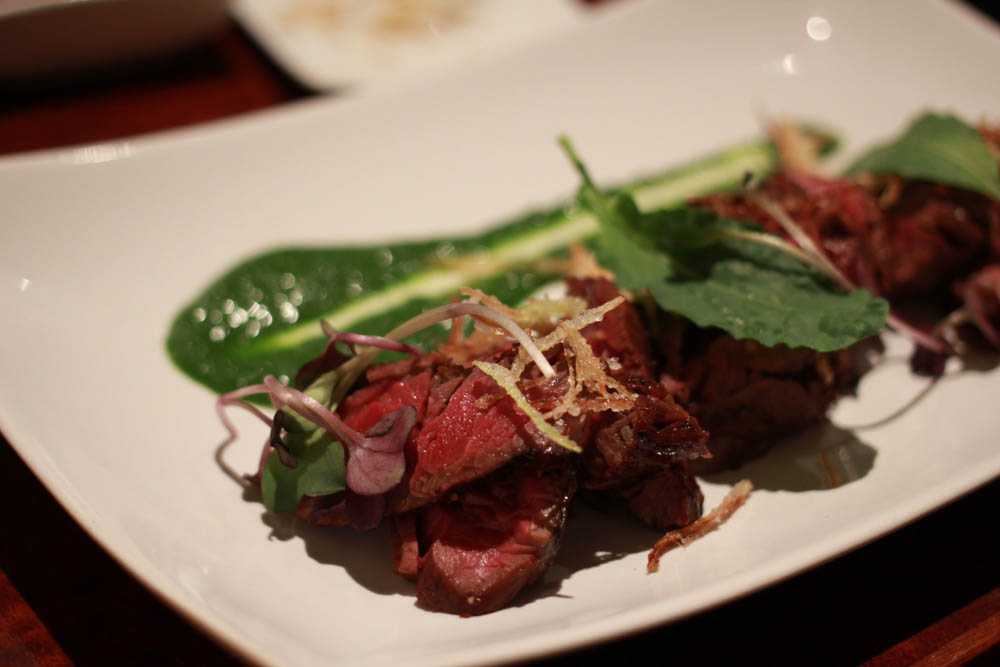 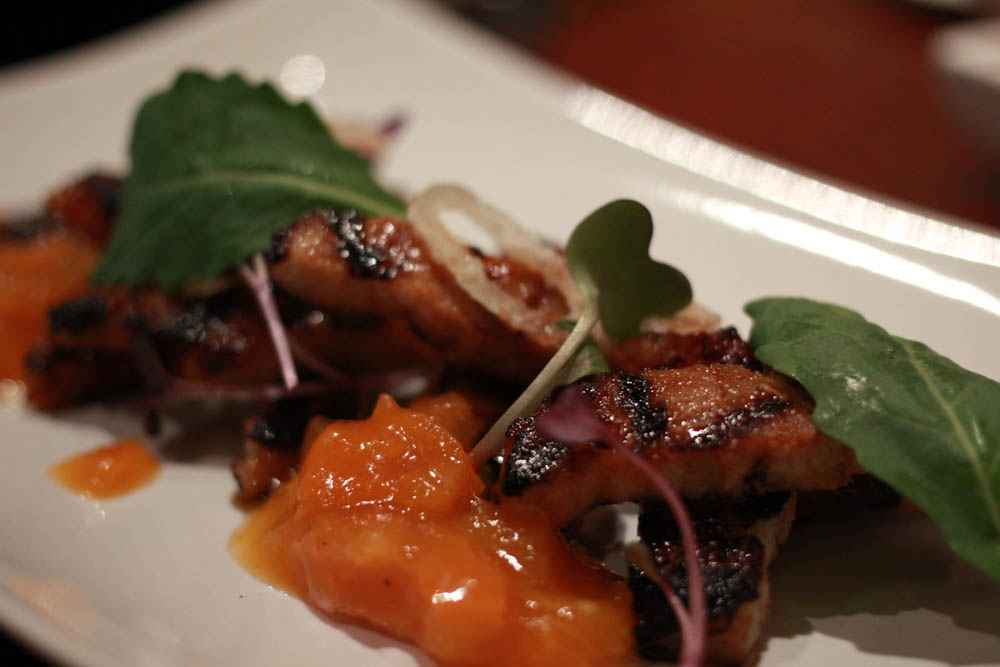 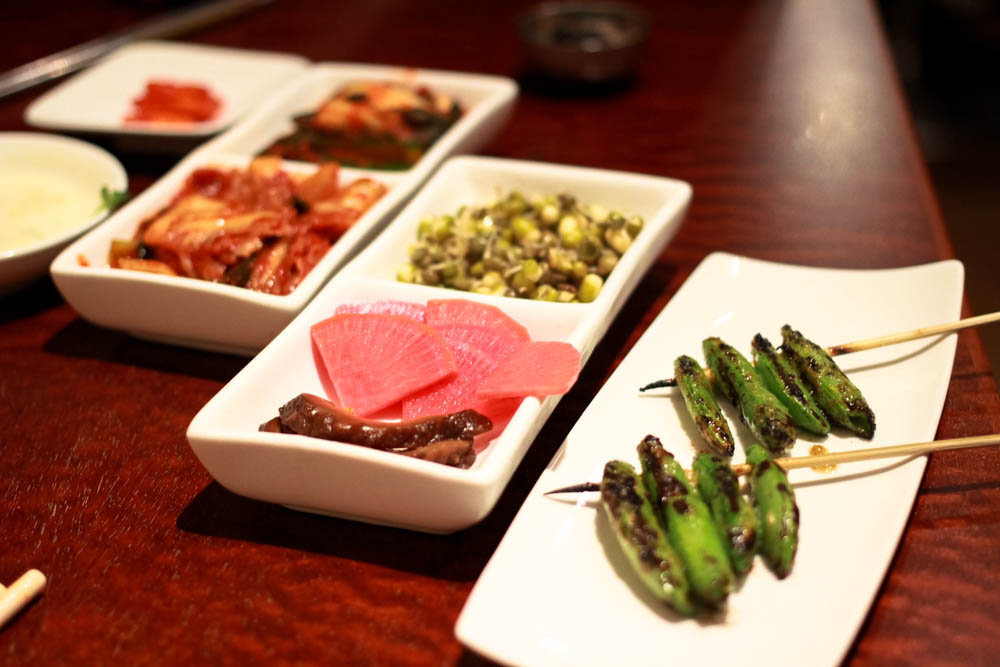 The restaurant only seats about 20 and they make use of all available space. The smallness adds to the intimate feel. The food is so high quality, one can easily imagine it being served with grim seriousness in a trendy and pricey San Francisco restaurant. But here it is served with generosity and happiness. Guests are made to feel more like they are in a living room, experiencing all the goodness along with their hosts rather than just being served by them.

The small bites add up, after our bap sets we were stuffed. But we had to try the Korean Beignets.

They were so tasty, richer than other Beignets since they are made with rice flour. The progeny summed it up, “We go out and have nice meals all the time. Nothing stands out in my memory. But THIS, this was a memorable meal.”

Sunhui and Ellen are dedicated to the West Oakland community. They hire local people. They are hoping to get a grant to expand their presence, including adding a training program for youth in hospitality services. There’s a lot of noise about Oakland, handwringing about crime and the effects of gentrification. Ellen and Sunhui are creating a beautiful experience to serve their community, but are also dedicated to sharing their success with it. This is a rare and beautiful thing. Go to FuseBOX. Spend money. Tip well.