There were unintended consequences of the cultural revolution.

Growing up in Berkeley and Oakland in the 60s and 70s  meant coming of age in  the eye of the storm of the country’s civil disobedience. We felt special. Our generation was to be the enlightened one, free of the prejudices and narrow mindedness of our parents and grandparents.  We thought we were riding the wave of something big. In retrospect maybe not, but the time was heady.

I’m grateful for the legacy of an open mind, but haven’t forgotten the underbelly of the revolt.  There were a lot of drugs easily available (and not so much trustworthy information about possible downsides). We rejected authority in most forms.  Our parents were either  stuck in the 50s and unaware of what was going down or, worse,  busy “finding themselves” 60s style. Communes and alternative living situations abounded in the East Bay.  Cults were on the rise and the East Bay was home to a number of them.  Ninety percent of the kids I knew in junior high had divorced or divorcing parents.

All of which added up to a lack of supervision for an entire generation of local kids.  Lacking the structure of the nuclear family or any respect for authority, we had very little guidance.  Growing up with the draft and the threat of nuclear war made it difficult to envision a future.  Our parents’ behavior made it hard to engage in good old fashioned teenaged rebellion, but we gave it a shot.  The street was our playground.  We hung out in parks pushing limits.  We were absorbed into the atmosphere.  Even the police didn’t bug us much.

Which brings me to downtown Berkeley.  In the early 70s, downtown Berkeley was straddling cultures.  There were throwbacks to the 50s, like Edy’s ice cream parlor and Hinks department store.  But suburban flight and the advent of the shopping mall had taken a bite out of the area as a shopping district, leaving a squalid tinge.    Contributing to the loss of the Mayberry feel, BART had arrived  and the downtown Berkeley BART station became a wild meeting place for all sorts of freaks.

We hung out there because it was central and it was dangerous.  As teenagers do, we often confused dangerous with thrilling.

It was a sketchy scene.  Most of the people that hung out there regularly were older guys.  Not so much counter culture as down and out. One of my friends was raped in an office building nearby…the place was bad news.

Concerted efforts to turn around downtown Berkeley started in the 90s in earnest, with mixed results.  As a restaurant scene, downtown (with a couple of notable exceptions) hadn’t had much that could compete with the gourmet ghetto one mile north.  That’s why I was very excited when Comal opened, not because the food is good (which it is) but because of the beautiful (expensive) interior. The owners had invested in the vision of downtown Berkeley again becoming a destination.

Eureka Burger Berkeley is one of the latest places to open downtown.  It has a nice modern interior, with a wall that opens to the sidewalk.  At about $10, its burgers are higher end than Trueburger but not as upscale as PlumBar.  They also have a connoissuer’s list of whiskey to choose from.  I’m not much of a brown liquor fan myself, but they have other ongoing drink specials and a nice selection of beer. 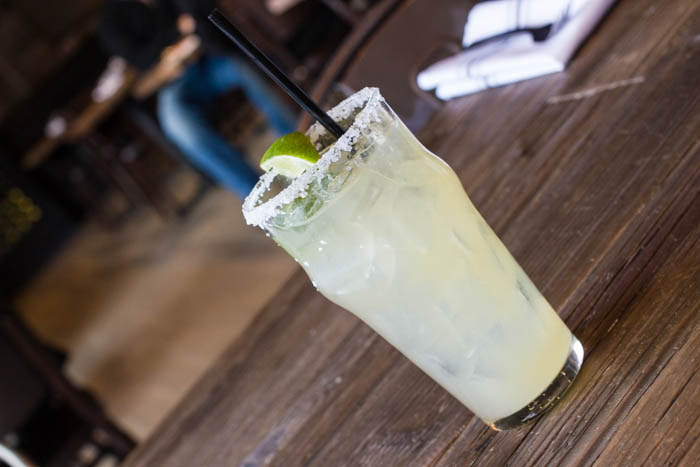 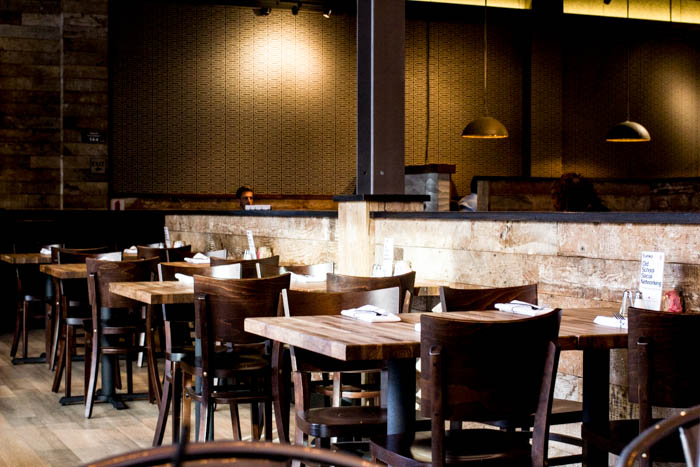 The burgers were tasty! So were the fries. I had the vodka burger, which is stuff cooked in vodka and added to the burger. Yum. 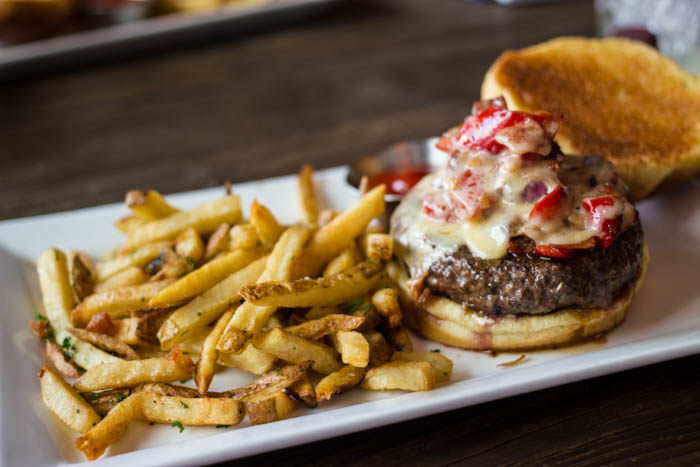 Frosty had the Cowboy Burger because bacon, of course. 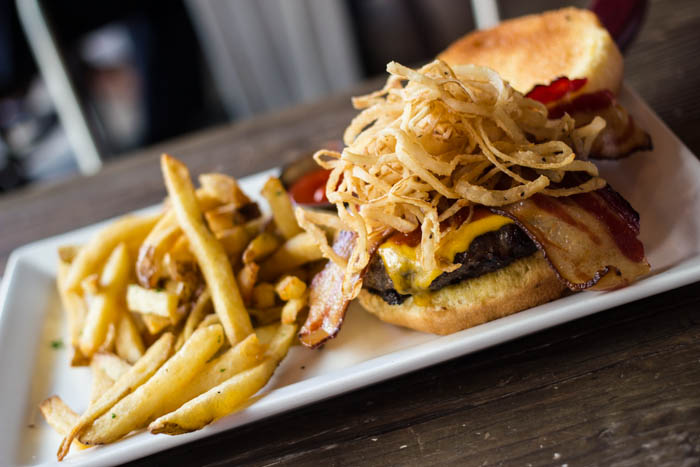 Did I mention delicious fries? Eureka Burger is actually a chain with a few locations in southern California, but it doesn’t really feel that way except maybe for the printed signs on the tables 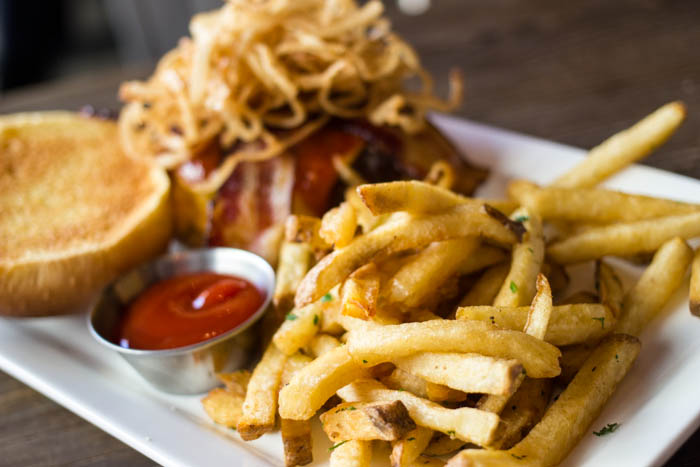 Do fries go with that shake?

It’s a fairly casual place, but nice enough to bring a date. The service was pleasant and very attentive (we actually had two servers vying to serve us…they worked it out). They didn’t bat an eye when I told them Frosty would be joining me (a change) and that I’d like to stall my order until he arrived. I especially appreciated the professionalism of the hostess, a trait all too often lacking in that position! 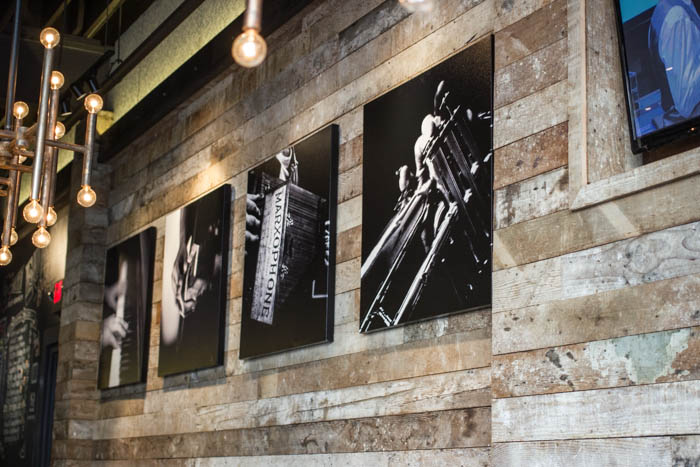 I think this place is a nice addition to the downtown scene. While not quite a qualifier for the Broakland category, it’s considerably more reasonable than most other restaurants that have opened recently. Mostly I’m happy that we are moving towards a critical mass; the creation of a dining scene in Downtown Berkeley.